China Through the Lens of John Thomson 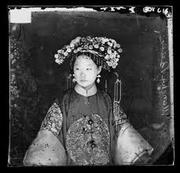 An upcoming exhibition at the Burrell Collection will demonstrate why Thomson is still so well regarded today by showcasing images he produced during his travels in China from 1868 to 1872.

At that time, foreign travel was much more arduous and rare than it is today, and photography was still in its infancy, requiring a cumbersome mass of equipment. But Thomson, with energy and perseverance, captured a wide variety of images - landscapes, architecture and people from all walks of life - that give us an extraordinary insight into the everyday life and people of 19th century China.

China Through the Lens of John Thomson is on loan from the Wellcome Library, London.

This exhibition has previously been shown in China and Liverpool but this is its first outing in Thomson’s native Scotland. Free entry.

RSVP for China Through the Lens of John Thomson to add comments!