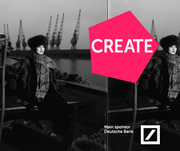 The exhibition focuses on three periods: the 1960s, the ’80s and recent years.

This section features images shot for a Sunday Times Magazine article on the Krays that could never be published. The Krays went to trial as the article was due to go to print. A Krays’ gambling club features, which was firebombed minutes after Bailey left. Images from those clubs and other local pubs depict amazing East End characters. There are images of east London high streets, unrecognisable today, with old shop fronts and children playing in bombed-out buildings and houses long since cleared to make way for tower blocks. Spitalfields, Brick Lane, Stratford and Newham all feature in these colour and black and white prints.

In the ’80s, Bailey returned to the Silvertown docks, the site of this exhibition, to record the area before much of it was levelled for redevelopment. Stately east London buildings in ill repair and working cranes are shot through barbed-wire fences and wire mesh. Bailey also staged a photo shoot there for his own Ritz newspaper, with his wife Catherine, which appears in the exhibition. High fashion is juxtaposed with towering cranes and crumbling warehouses, with the sky providing the white background synonymous with his most iconic portraits.

Bailey returns to the streets of Stratford, recording the area as it undergoes significant change in the build-up to the Olympic Games. In one image, a huge blue fence marks the site where the old will once again make way for the new buildings of the Park. The photographs in this section also capture diverse communities living cheek by jowl, from white working-class men to Asian women in saris and burqas. The contrasts in cultures are stark. The old guard remains, through images of a traditional East End funeral procession, but newer residents are also making their presence felt. Stratford becomes an unlikely rural idyll in images of Hackney Marshes, the River Lea and the river that bisects the Olympic Park.

Supported by the London Borough of Newham. Produced by CREATE.