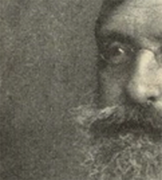 Prof. Sheehi re-evaluates the history of 19th century Arab photography, particularly portraiture. Many have asserted that vernacular photography, not only in Southwest Asia, seems to have participated in the self-fashioning and self-presentation of the new middle classes in turn producing new knowledge and meaning important for modernity. Contrarily, Prof. Sheehi will argue that even if the utility of the studio portrait served as a means of self-presentation, photography that was patronized, consumed and circulated by local populations did not produce or even codify new forms of knowledge or meaning during the late nineteenth century and early twentieth century. Through its production, exchange, circulation and deployment, photographic portraiture, rather, functioned within a signification system that had already made the subject intelligible within modernity’s new social order. To put it more concisely, photographic portraiture was a performative after-effect of transformations that had already been underway for some time.

RSVP for History of 19th century Arab photography through portraiture to add comments!