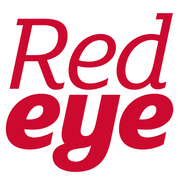 Photographer Anna White and embroiderer Emily Hayes collaborated on a participatory project producing banners, working with refugees and asylum seekers in the Greater Manchester area. Their aim was to unravel the participants' stories, creating a visual dialogue to share with the wider community over Refugee Week. The 26 large format banners will be shown across Greater Manchester during Refugee Week, 17-23 June 2013 (see below for details).

The artists worked in conjunction with Rainbow Haven, a community drop-in centre that offers support and activities for refugees and asylum seekers. There were several stages to the work: a pop-up studio in which Anna took portraits of individuals and families, handing out disposable cameras for people to take away and embellishing the work with embroidery and written stories. These came together over several weeks, bringing a sense of belonging through the art work.

In addition Jonathan Darling, a Lecturer in Human Geography at the University of Manchester, will be speaking about his specific area of research on refugees and asylum seekers. Jonathan has research interests in the links between asylum seekers and cities in the UK and is currently working on a project exploring the experiences of asylum seekers in Birmingham, Cardiff, Glasgow and Sunderland.

The work is being shown across several venues in Greater Manchester: Touchstones Rochdale on 15 June, Cross Street Chapel on 22 June, People’s History Museum and The Lowry from 17 to 21 June as well as being displayed at The International Anthony Burgess Foundation for this event on 18 July 2013.

This event is aimed at all photographers, artists, refugees and asylum seekers; it will also be of particular interest to anyone working with vulnerable groups, anyone interested in forming a new collaboration or accessing public funding, those wanting to work with mixed media, or anyone wanting to hear the stories of some of Manchester’s refugees and asylum seekers.

All are welcome and it is free to attend. To books a place please visit our website: http://redeye.org.uk/programme/pod-collective-working-refugees

RSVP for Pod Collective: Working with Refugees to add comments!