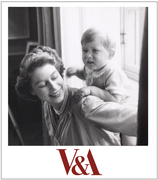 Celebrate the Queen’s Diamond Jubilee at the Royal BC Museum. This special exhibition of nearly 100 portraits by royal photographer, Cecil Beaton (1904-80) depicts Elizabeth in her roles as princess, monarch and mother, and will include a number of rarely-seen photographs alongside extracts from Beaton’s personal diaries and letters.

Beaton’s royal portraits were among the most widely published photos of the 20th century. The exhibition explores Beaton’s long relationship with Elizabeth, who was a teenage princess when he first photographed her in 1942.

The five-section exhibition charts the shift in Beaton’s style from early rococo-inspired portraits to the starker images of the 1960s.