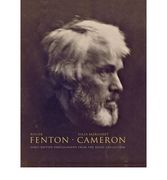 Photographs from the Royal Collection by two of Britain’s most accomplished photographers of the nineteenth century: Roger Fenton (1819-69) and Julia Margaret Cameron (1815-79). Some were commissioned by Queen Victoria and Prince Albert, some were purchased through a dealer, others purchased directly from the photographer. Together they demonstrate the royal couple’s involvement in the early photographic world.