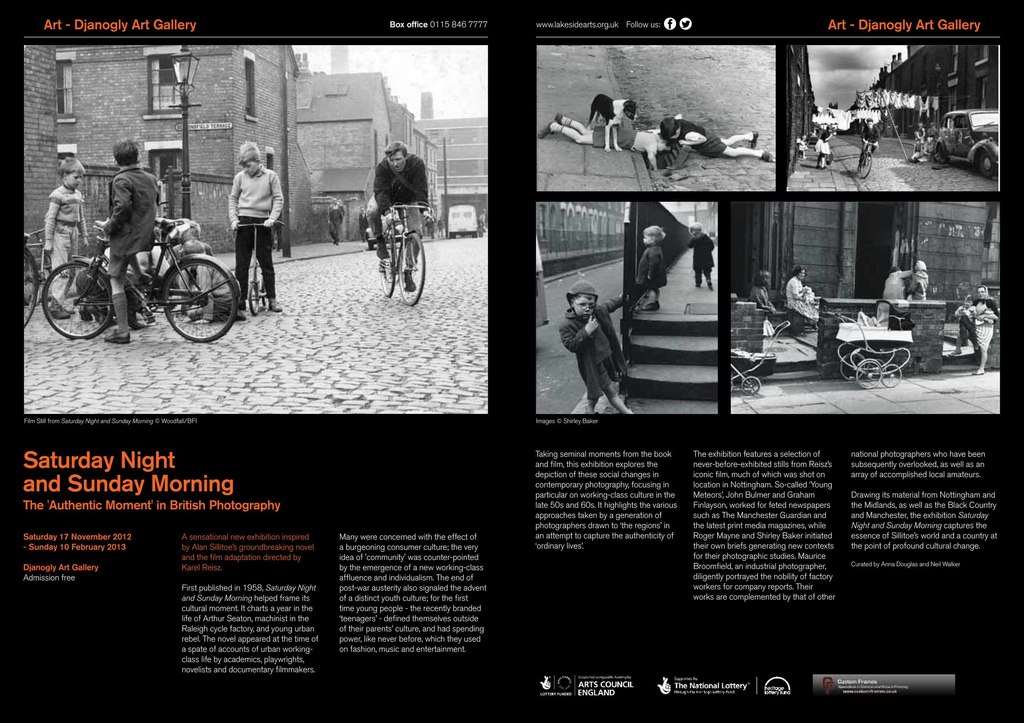 Saturday Night and Sunday Morning ‘helped frame its cultural moment’. Taking seminal moments from book and film, this exhibition explores the depiction of social change in contemporary photography, focusing in particular on working-class culture in the late 50s and 60s. It highlights the various approaches taken by a generation of photographers drawn to ‘the regions’ in an attempt to capture the authenticity of ‘ordinary lives’.

Drawing its material from Nottingham and the Midlands, the Black Country and Manchester, the exhibition Saturday Night and Sunday Morning captures the essence of Sillitoe’s world, and the country at a point of profound cultural change. It has been curated for the Djanogly Art Gallery by Anna Douglas and Neil Walker, assisted by Damian Hughes