The late Dorothy Wilding is (or rather was) Britain's most famous female photographer. In fact she was the first woman to be awarded a Royal Warrant to be the official photographer to a King & Queen at their coronation, and one of her photographs of the present Queen (lknown as the 'Wilding Portrait') was used for a series of definitive postage stamps of great Britain, used between 1953 and 1967.

She worked mainly from her Bond Street, London, studio, and in 1937 opened another in New York.

I have been very fortunate in acquiring some of her work, including several sepia photographs of what was obviously a very smart society wedding.

Here is a sample from that collection:- 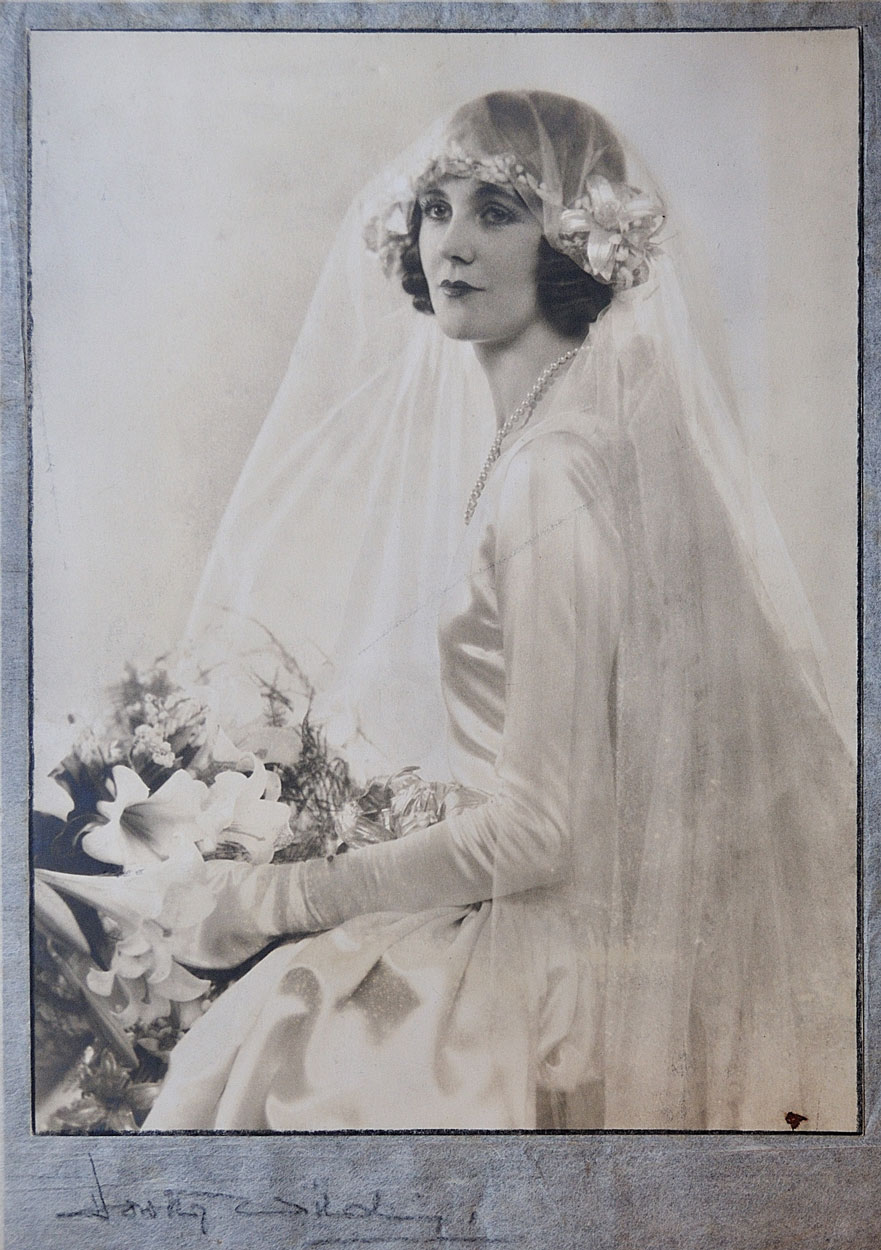 Does anyone by chance know whether there is an organisation or a body who may have retained the records from her studios.

Each of the photographs i have are of course identified with a job number. I would dearly like to identify at least the bride and groom .

I'm afraid I don't know a great deal about Dorothy Wilding personally but when I worked at the National Portrait Gallery in London they held a retrospective exhibition of her work, The Pursuit of Perfection (1991). This was curated by Terence Pepper who was the Curator of the Photographs collection at the gallery and still holds that role. He knows a great deal about photography and photographers and will almost certainly be able to confirm whether any of her studio records exist. He would probably also be interested to learn of your acquisitions.

I hope this helps,

What a great lead - and thank you very much for the info which I will, for sure, follow up.