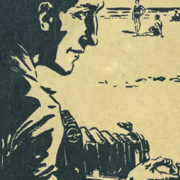 Facing Britain brings together for the first time outside of the UK a particular view of British documentary photography. Long forgotten and only recently rediscovered photographers such as John Myers, Tish Murtha or Peter Mitchell who are shown alongside works by internationally photographers such as Martin Parr. The show offers an insight into the development of documentary photography in the UK, which is interwoven with that in continental Europe and North America, but also independent of them.

The documentary aspect is one of the great strengths of British photography, which is capable of depicting a part of geographical Europe in transition in a multifaceted, surprising and artistically original way. Facing Britain focuses on the period of Britain's membership of the European Union and its forerunner between 1963 until 2020. In view of the current Corona pandemic, the exhibition proves to be a break in the artistic development of an entire nation.

The photographers being exhibited include five women photographers, but missing are a number of significant photographers of colour who brought - and bring - a distinctive perspective to British documentary photography and the way in which they approached their subject matter.

The exhibition describes the decline of the coal industry, the Thatcher era with the Falkland conflict, and the Brexit that divided the country. A special focus is on the 1970s and 1980s, which were influenced by David Hurn, Tish Murtha, Daniel Meadows and Martin Parr, when artistic documentary photography gained an importance worldwide. Martin Parr describes these decades as 'a formative period for British photography, in which the strength of the documentary movement really came alive'.

In Great Britain, photography was not considered an autonomous art form until the 1980s. The first major survey exhibition on British documentary photography in Great Britain did not take place until 2007 under the title How We Are: Photographing Britain at the Tate Britain, London. Subsequently, the British Council's exhibition No Such Thing As Society: Photography in Britain 1967-1987 toured the UK, Poland and Sweden from 2008 to 2010.

This late tribute to the pioneers of British documentary photography also demonstrated the difficulties of photography in Britain. British photography, with a few exceptions, had difficulty in asserting itself on the international market, not least because of its socially critical or political content and socially critical approaches, which are unmistakable in the work of Ken Grant, Tish Murtha, Homer Sykes, Paul Reas or Anna Fox.

Facing Britain presents a portrait of  Britain that is divided, unequal and interspersed with classes, but marked by deep affection, humanity and humour. The photographs speak for themselves, bear witness to artistic concepts and attitudes and convey historical contexts. They call for a view of today's United Kingdom beyond the clichés. Inequality and identity are still the key concepts that dominate the nation and define what makes the exhibition more relevant than ever. Previously virulent themes such as youth unemployment, the decline of the mining industry or protest and demonstration against the policies of Margaret Thatcher are historically illuminated in the exhibition and critically questioned by the participating photographers. Recent works by Kirsty Mackay, Paul Reas, Robert Darch or Niall McDiramid also reflect current issues on topics such as gender justice, consumer society, Brexit or migration.