Dr Gil Pasternak of De Montfort University Leicester (DMU) has secured a grant of over £500,000 for a project DigiCONFLICT exploring the role of digital media in defining cultural heritage. Pasternak, Senior Research Fellow in Photographic History, will lead the research consortium consisting of a team of researchers from DMU, the Institute of Art of the Polish Academy of… 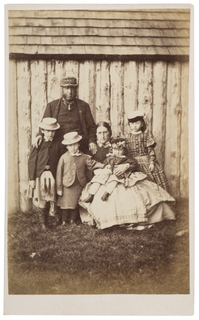 The auction comprises items from Jubilee Photographica, Beryl's shop as well as those…

Philip Prodger, Head of Photographs Collection at the National Portrait Gallery left on Thursday, 29 March 2018 after almost four years in the role, and will return to the United States.

In a statement, yesterday, he said: "Today was my last day at the National Portrait Gallery. I will continue to work with the gallery as a guest curator for a new show next… 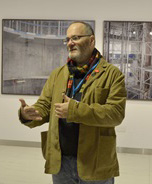 The news of the death of Peter James from organ failure which has just been announced has shocked and saddened the world of photographic history. Photography has lost one of its most active and accomplished historians and a wider champion for photography. In a community which is not a large one Pete was a giant and the words of one long time collaborator and friend sum up the… 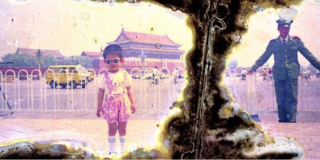 IC Visual Lab is holding a symposium, ACTIVATING THE ARCHIVE: Contemporary Uses of Visual Archives, which takes place at the Arnolfini, Bristol, on 5 May. This one-day symposium explores the many ways archives are activated within the arts through a series of talks with international artists,… 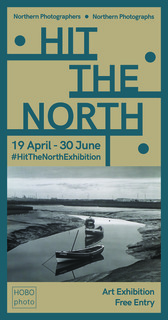 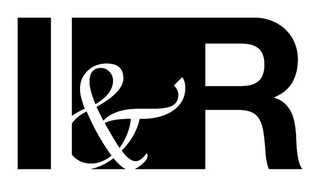 The Centre for Image Research and Diffusion (CRDI) of the Girona City Council and the Association of Archivists of Catalonia, are calling the 15th Image and Research International Conference, which will be held in the Palau de Congressos de Girona from 22-23… The National Library of Scotland is undertaking the first major survey of its extensive photographic collections, to establish the breadth, depth and quality of the photographs. In this talk, Photographic Collections Curator Blake Milteer will provide insight into the survey project's goals, processes, and significant discoveries.… 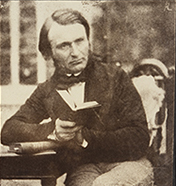 The University of St Andrews Library, Special Collections Division will be hosting a conference on the broader themes surrounding Stereo Photography during 18-19 October, 2018. This is presented in conjunction with the 2018 St Andrews Photography…

Working with one of the largest, richest and most diverse research collections, you will use your specialist knowledge of South Asian art history and archaeology to carry out cataloguing and collection management projects relating to prints, drawings and photographs and associated ephemera.

This section’s remit expands to managing the former India…

Workshop: The All-Seeing Eye: Vision and Eyesight Across Time and Cultures / Sketty, 11 April 2018

This workshop will explore medical, social, and cultural meanings of the eye and vision in contemporary and historical perspective. Included is a paper from Colin Harding titled: Repairing War’s Ravages: Horace Nicholls’ photographs of prosthetic masks. The Women's History Network West Midlands is presenting a symposium on the Voice of Women in the Great War and its Aftermath on 13-14 April 2018 at the Black Country Living Museum, Dudley. Included is a paper by Colin Harding titled Shooting the Messengers: Horace Nicholls’ photographs of women in uniform. Colin is currently undertaking a PhD looking at the work of…

This is a new MA starting September 2018, subject to validation, from the University of Sussex, led by Dr Ben Burbridge. It will engage you in the challenging task of making sense of the multitude of photographic images that shape the world today. It is claimed to be the first MA in the UK to combine the history and theory of photography with practice and curation in a…

The curatorial job at Tate Modern, previously occupied by Simon Baker is open to applicants. Since Tate Modern opened in 2000, its programme of major temporary exhibitions, collection displays, commissions, live performance, and film programme has developed in diversity, scope and profile. In 2016 Tate Modern opened the Blavatnik Building increasing the scope and breadth of… 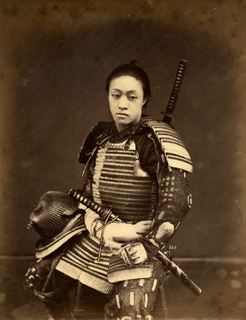 On 19-20 May, the special edition of The London Photograph Fair returns to The Great Hall at King's College, adjacent to Somerset House. The fair, which coincides with Photo London, is the only established fair devoted to vintage photography in the UK.

For this year's edition, Daniella Dangoor will present a collection of 40 rare photographs of Samurai. It should be… 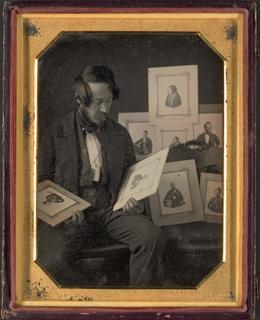 The early history of paper photography in the United States is a formative but rarely studied aspect of the medium’s evolution. While Americans were at first slow to adopt Europe’s negative-positive photographic practices, the country’s territorial expansion and Civil War increased demand for images that were easy to reproduce and distribute. 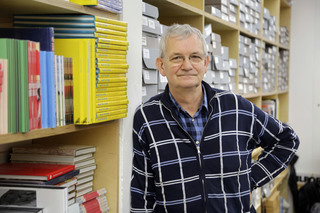 Join the Photographic Collections Network on Monday, 23 April, 2- 5pm, for a special afternoon with Martin Parr and his colleagues at the Martin Parr Foundation in Bristol. Attendees will get behind the scenes insights into the work of the Foundation, looking specifically at the material in its archives, and hearing how it manages workflow from acquisition to…

Masterclass: Paper, Glass, and Plastic: Identification and Care of Photographic Negatives / Rome, 3-4 May, 2018 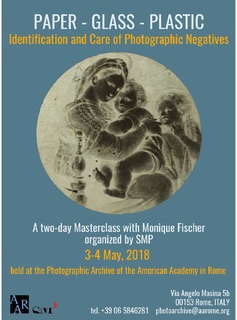 This two-day masterclass course on the Identification and Care of Photographic Negatives will be held by Monique Fischer at the Photographic Archive of the American Academy in Rome (AAR). It offers an in-depth introduction to the preservation of negatives, focusing particularly on their identification, deterioration, and care. The participants will have the exceptional…