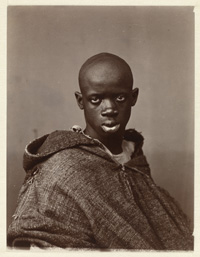 Britain on Film: Coast and Sea 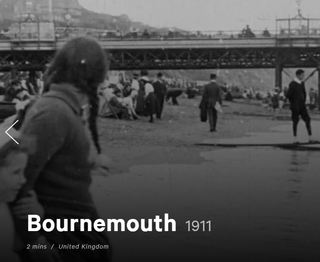 Last year Britain on Film took a closer look at rural life across the UK, today the BFI announces Britain on Film: Coast and Sea, an online collection of over 600 newly digitised films, ranging from 1898 to 2000, from the BFI National Archive and the UK’s national and regional film and TV archives, spanning the whole of the UK, available (mostly) for free on… 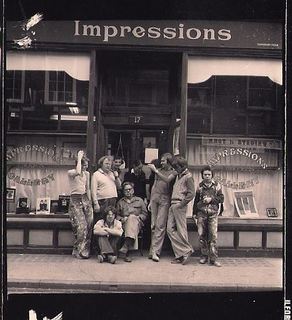 One of Europe’s oldest and most important specialist photography galleries is celebrating a double anniversary throughout the summer of 2017. Impressions Gallery, originally established in 1972 in York, celebrates 10 years since its relocation to Bradford in 2007, as well as 45 years as a photography gallery and charity.

Impressions Gallery was founded at a time when… 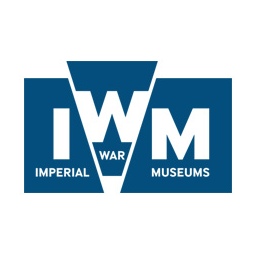 You will provide professional leadership for IWM’s internationally important collection of historic photographs, which is recognised as one of the most significant photographic collections in Great Britain, unique in its scale, depth and scope. The IWM’s holdings currently comprise several million analogue and born digital images, taken by professional and amateur…

Exhibition: Face, Shape and Angle. The photography of Helen Muspratt / from 20 June Photographs by pioneering Swanage photographer, Helen Muspratt, whose studio opened in Swanage in 1928 are the subject of Face, Shape and Angle. The photography of Helen Muspratt at the Fine Doundation Gallery, Durston Castle, from 20 June 2017. Muspratt's work includes her portraiture of Paul Nash and Eileen Agar. 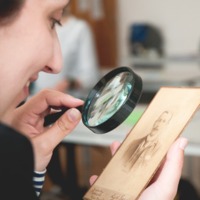 Photographic collections are found in libraries, archives and museums all over the world. Their sensitivity to environmental conditions, and the speed with which images can deteriorate present special challenges. This one day training session is led by Susie Clark, accredited photographic conservator. It is aimed at those with responsibility for the care of photographic… Pat Stewart, the Tiller girl in the polka dot dress, who was famously captured by Bert Hardy in Blackpool, has died aged 83 years. Hardy's photograph was a Picture Post front cover in 1951. The picture was taken by Hardy on a Brownie camera to show that great photographs were created by the photographer rather than the camera. Stewart had to assert her claim to be… 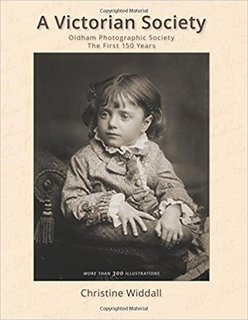 A Victorian Society is a book about early photography and photographers, told against the backdrop of life in what was to become the most productive cotton spinning town in the world. In 1867, when photography was still in its infancy, a group of photographers from Oldham and District met at the Hare and Hounds Inn, Yorkshire Street, and founded the Oldham… 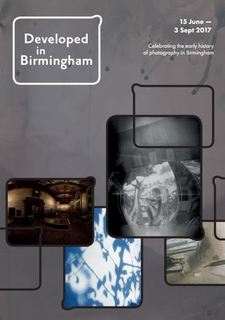 The programme connects and expands on two complementary exhibitions in… The dawn of photography in the mid-19th century made portraiture accessible to a much wider public. This exhibition explores early photographic studio portraiture, including the popular carte-de-visite format.

Within the total number of photomechanical prints, artistic works represent only a small part. With the introduction of photography in the 19th century, printers no longer had to transfer the image manually onto the printing surface, but were offered the possibility to transfer the image by sensitizing the printing surface and exposing it to light, through a negative or… 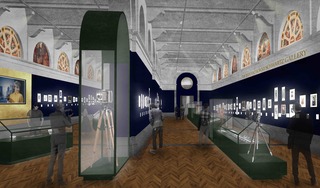 Designed by David Kohn Architects (DKA), the first phase of the V&A Photography Centre will more than double the display space dedicated to…