Hansons auctioneers in Staffordshire is offering a lot from a descendent of the important photographer Arthur Lamont Henderson relating his his royalty photographers. Estimated at £15,000-25,000 the lots consists of royal portraits and other examples of his photographic work. The auction takes place on 13 October 2020.

The lot description is below:

Alexander Lamont Henderson (British, 1838-1907), experimental photographer and member of the Royal Photographic Society. In 1884, Queen Victoria awarded Henderson with a Royal Warrant, which allowed him to depict moments from the everyday life of the royal family. Victoria commissioned a number of enamels to be made from earlier plates, which included Prince Albert and John Brown (some of Henderson's enamels can be found in the Royal Collection Trust). It is believed that a number of miniatures were donated for display in Queen Mary's Dolls' House at Windsor. Henderson's commercial work was donated to the library of the London Guildhall Museum in 1907 but destroyed in the Blitz during WW2. A selection of his royal work was donated to the V&A museum, and a considerable number of his slides were rescued by Mr. F. C. Guilmant of Southampton and provided the basis of an exhibition of his work at Brighton Polytechnic in 1987. His work is naturally scarce, highlighting the importance of this archive 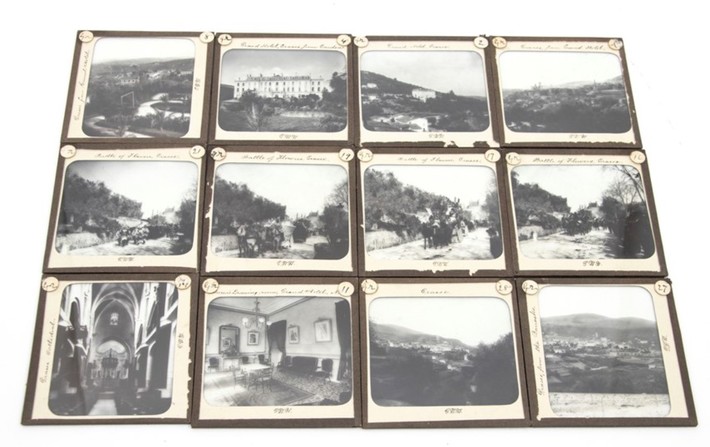 Yes, it seems a very punchy estimate... starting price is £9k and even that seems pretty strong

The sizes on most of these are incredibly small.  I may be wrong, but I think that their estimate is a bit high, especially with the buyer's premium added in.