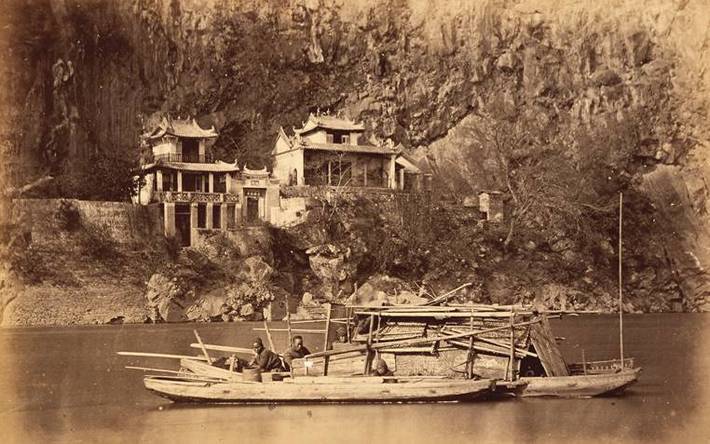 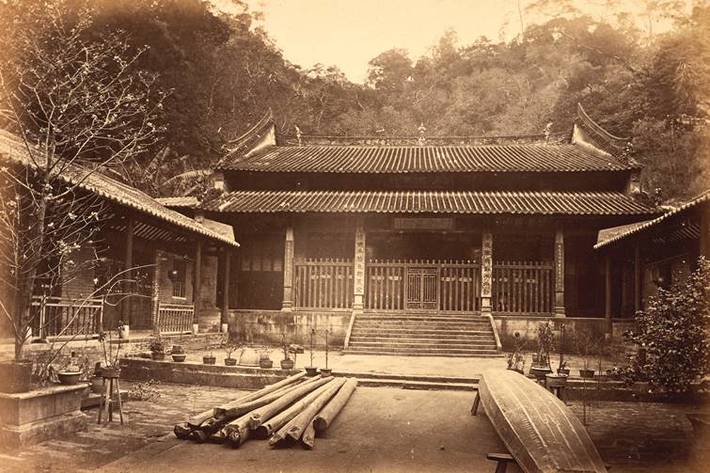 This publication was the result of Thomson's sailing voyage in the summer of 1870 up the North Pearl River from Canton (Guangzhou), and was reviewed in the Hongkong Daily Press on 31st October 1870: 'Mr Thomson has just published a volume of admirable photographs of scenes on the North River, entered about 40 miles above Canton through the Fatshan creek. The views, which are beautifully executed, are accompanied by a short description of the places which they respectively represent ... Better praise cannot be given to them than stating that they are fully up to the standard of the previous views which have gained Mr Thomson the high reputation he enjoys.' (quoted in Bennett).
'Views on the North River would have been expensive to produce and the print run was probably small ... Later in 1870 Thomson was in Foochow (Fuzhou) to embark on a trip along the River Min where he produced some of his most powerful landscape work' (Bennett, T. History of Photography in China: Western Photographers 1861-1879 (Quaritch, 2010), p. 227

The Sotheby’s sale also includes an album of 37 albumen prints of Hong Kong by Thomson (c. 1868) and many other albums of 19th and early 20th century topographical photographs of the world. Enquiries: richard.fattorini@sothebys.com

Images from Thomson’s ‘Views on the North River’, Courtesy: Sotheby's.

You can view or download the PDF reprint of Views on the North River at this DropBox link:  https://tinyurl.com/y48cjl8t

A reprint, albeit not the highest resolution, of Views on the North River from the Hong Kong University Library collection is included as an appendix in John Thomson, The Early Years - In Search of the Orient by Joel Montague and Jim Mizerski, White Lotus, Bangkok, 2014.