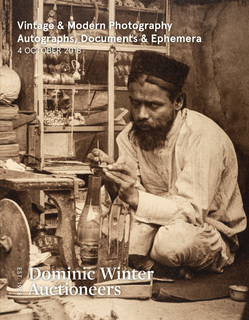 Besides the individual 19th-century photographs and folders and albums there are daguerreotypes and plentiful lots of stereoviews, cartes de visite, magic lantern slides and glass plate negatives. A large Dutch archive of 19th and 20th-century photography has been broken down into 50 lots, themed by country and subject.

From the 20th century, there are photographs by Cecil Beaton, Robert Doisneau, Olive Edis, Yousuf Karsh and Herbert Ponting, and press prints of many leading names taken from the archive of Colin Osman at Creative Camera.

Among the most intriguing lots are a photograph attributed to Lady Hawarden, featuring two of her daughters, a group of glass plate negatives of a Japanese community in British Columbia, 1920s, showing body piercing, and two photographs from the Cottingley Fairies series, the infamous hoax that fooled Sir Arthur Conan Doyle and others. There are two good series of large and medium film negatives, one set of Tristan da Cunha from 1939, the other of the Sinai and Palestine Campaign in 1919. 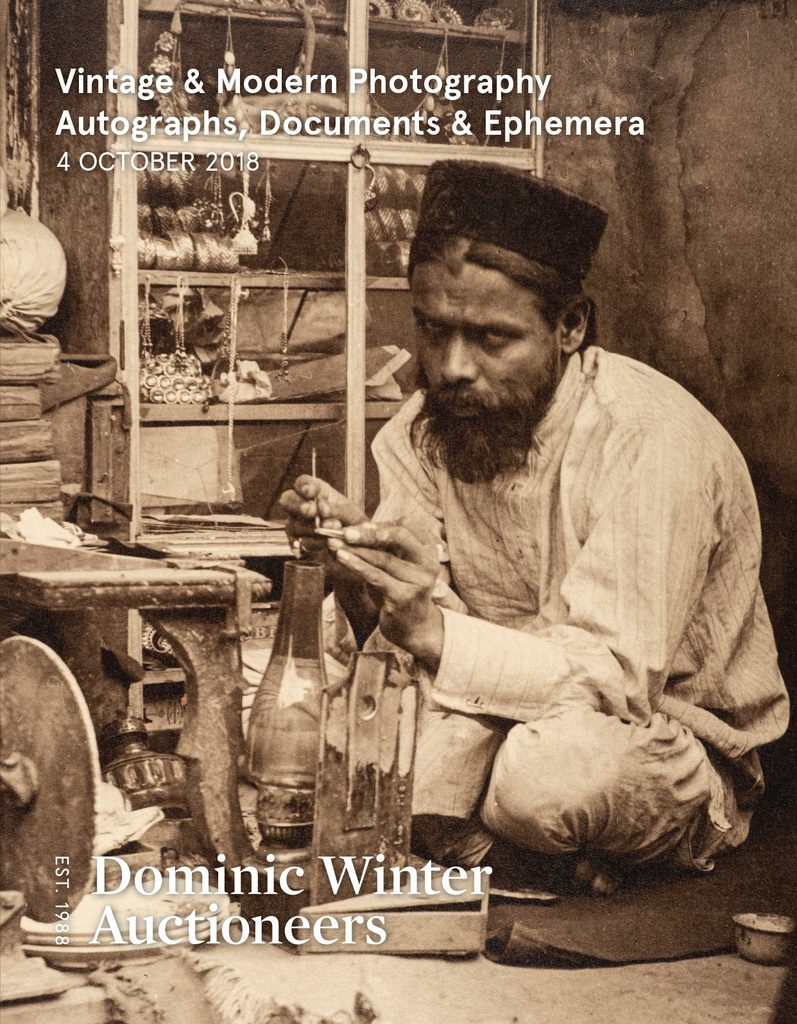 The catalogue front cover photograph will be unknown to everyone. It is just one of the thousands of photographs from the archive of Godfrey Dickson Tanner (1876-1964). Divided into 16 lots and mostly neatly presented in albums, the photographs predominantly feature India, plus China, Japan and the Far East, as well as Sussex. Little is known about the life and photographic career of Tanner. He appears to have come from Lewes, Sussex, and was based for a long period at Regent House, Simla, India, possibly working as a stationer. (Perhaps he worked for Thacker, Spink & Co.?). He seems to have been a Captain in the Royal Engineers in World War One, then marrying Rose Bowman in 1919. In later years he lived in Nairobi, Kenya, where he worked as a municipal servant. Tanner travelled widely and had a good eye for photographing indigenous people and scenes, printing meticulously with the gelatin silver bromide process, sometimes sepia-toned. The majority of photographs appear to have been taken in the early decades of the century, and while the albums are well presented, there are no dates and there is no discernible ordering of prints in many of the albums. Tanner’s work may have been published in Amateur Photographer and similar publications but it is startling to realise that his name as a photographer is completely unknown, though that may be because the photographs offered here represent his complete archive. If anyone knows more please do let us know for us to share.

Printed catalogues available from the auction offices (£15 post inclusive). Public viewing daily from 2nd October, 9am-6pm and morning of sale from 9am; other times strictly by appointment.