Birmingham Library and Archive Services has acquired a rare set of the suite  of  3  portfolios  entitled  "Photographic  Pictures Made By Mr. Francis Bedford  During  the  Tour in the East in which, by command, he accompanied His Royal Highness the Prince of Wales" , published by Day & Son, 1862. These contain 172  prints, each  approximately 8 3/4x11 inches (22.2x27.9  cm.), many with Bedford's credit in the negative with a single photograph mounted to each leaf.  The portfilios were aquired for £55000 with grants of £32500 from the Art Fund and £15000 from the MLA/V&A Purchase Grant Fund.  The collection will be housed in the Library of Birmingham, currently under construction and due to open in 2013.

Stephen Deuchar, Director of the Art Fund, said, “We’re thrilled to have helped with the purchase of this fantastic collection of historic photographs which tell us so much about the UK’s history in ‘the  East’ and offers a fascinating insight into the role of the Royal family some 150 years ago. Over the past few years we’ve helped Birmingham Library and Archive Services with a number of major photography acquisitions and look forward to the opening of the Library of Birmingham and the fantastic displays it will bring to members of the public. 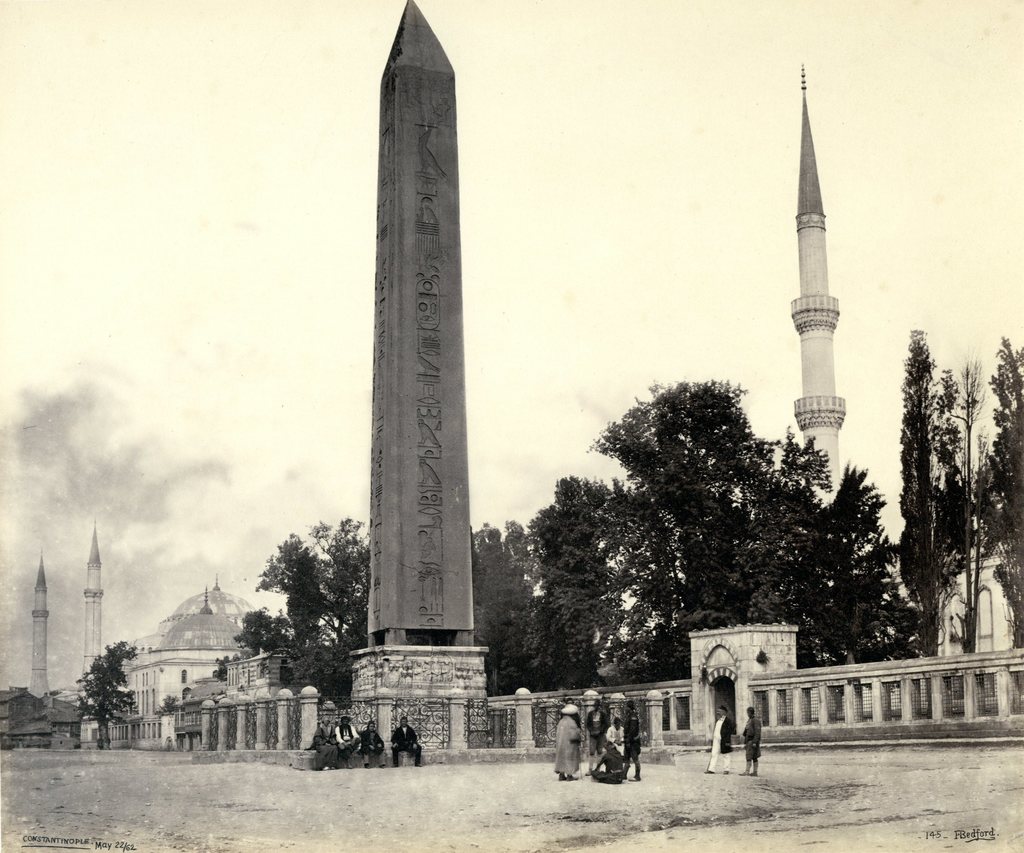 The acquisition bolsters Birmingham’s reputation locally, nationally and internationally as a centre for the history of photography, particularly within the context of the photography research centre to be created as part of the new Library of Birmingham.  In recent years, the Art Fund, the national fund-raising charity for works of art, has helped Birmingham Library and Archive Services with a number of major acquisitions. These include a £42,695 grant towards the John Blakemore Archive (2010), £6000 towards the Back to the Village series by Anna Fox (2009) and £12,000 towards the Sir Benjamin Stone Legacy Collection (2008).