Roger Fenton’s (shown right) letters home from the Crimea in May 1855 indicated that he was taking stereoscopic pictures of the ruins of Inkerman, the valley at Inkerman and the battlefield of Balaklava. However, these views have never come to light.

It has been suggested by Roger Taylor and Denis Pellerin that they were taken for Wheatstone’s reflecting stereoscope (which by 1855 had been almost totally superseded by the most portable Brewter-type instrument) and that later the various halves may have been mistaken for two copies of the same print and dissociated.

A search in various collections for Roger Fenton’s images taken at Inkerman and the heights above the Plains of Balaklava has now revealed the existence of images that appear to be stereoscopic pairs. To date, two of these stereoscopic pairs have been found for Fenton’s landscapes: The Plains of Balaklava IV and The Quarries and the Aqueduct at the Head of the Harbour. Other possible pairs are still being assessed. This discovery seems to have solved the mystery surrounding Fenton’s lost stereoscopic images.

The two pairs of stereoscopic pictures are shown as anaglyphs (red/cyan) courtesy of Denis Pellerin. 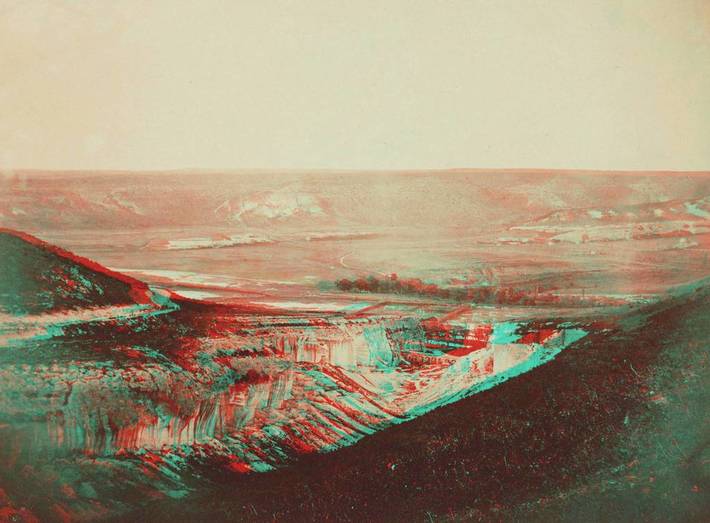