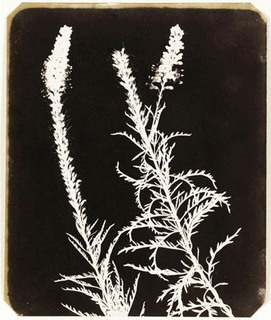 The Age of Salt: Art, Science and Early Photography, which is open to the public from 3 February to 6 March, takes as its starting point one of William Henry Fox Talbot’s greatest works and one of the finest prints outside a museum. Entitled Veronica in Bloom (1840), this exceptional print dates from the very moment in which the birth of photography was announced.

The exhibition traces the development of photography both through technical advance and through the forging of a new aesthetic, initially in dialogue with painting and then freed from this relationship. These pioneering moments include intimate untrimmed salt prints by Calvert Richard Jones and Edouard Baldus, remarkable salt prints made in Britain, France and Italy and, subsequently, the evolution of new techniques including collodion on glass, albumen printing and forms of photomechanical engravings from heliogravures by Charles Negre and Henri le Secq through to photogalvanographs by Roger Fenton.