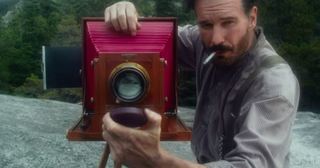 Released early in 2015 and shown at the Edinburgh International Film Festival in June Eadweard is a psychological drama centred around the British photographer, Eadweard Muybridge, famous for his studies of motion who is recognised as the godfather of cinema. Along the way he murdered his wife’s lover, and was the last American to receive the justifiable homicide verdict.