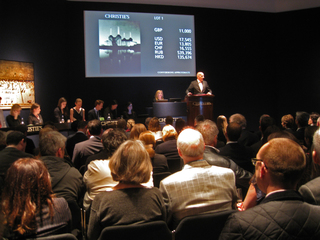 The Media Space benefit auction held at Christie's last night realised £370,200. After a reception and short speeches from Ian Blatchford, director of the Science Museum and Michael G Wilson OBE the auctioneer, Philippe Garner of Christie's, knocked down sixty lots. The money raised will be used to support the National Media Museum's new space at London's Science Museum which is scheduled to open in March 2013 (see: http://britishphotohistory.ning.com/profiles/blogs/media-space-the-...)

The full results can be found here: http://tinyurl.com/8xfdajl 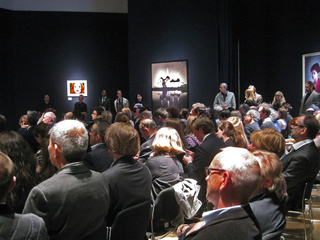