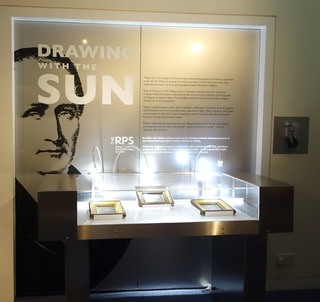 The National Media Museum, with the financial support of The Royal Photographic Society, has rehoused the three Niépce plates from the RPS Collection in a purpose-built case. The case and plates were shown publicly for the first time since 2010 yesterday to a group from the Society. More information on the case how the plates can be viewed will be made available by the Museum shortly.

The three plates - the earliest and rarest photographic artefacts in the United Kingdom and of international importance - were the subject of a collaborative project between the Museum and the Getty Conservation Institute. This culminated in a conference in 2010 at which new discoveries about the plates and how they were made were unveiled.

The conference proceedings are still available from the RPS:  http://rps.org/shop/publications/niepce-conference-proceedings