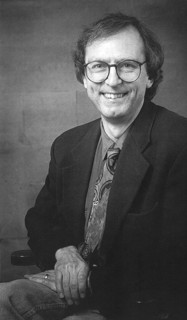 Barry Lane was born in Watford on 22 March 1944. He attended Watford Boys Grammar School between 1955 and 1962.  The following year he went up to Oxford University where he gained a BA(Hons) in Philosophy and Psychology, graduating in 1967,  having been President of the university’s art club.  He remained in Oxford as the first director of the Museum of Modern Art where he established the museum an important venue for the contemporary visual arts with early exhibitions of photography, experimental architecture and installations as well as the more traditional mediums of paintings and sculpture.

In 1970 he joined the Arts Council as Regional Art Officer organising fourteen touring exhibitions over three years including early shows of the 1840s photographers D O Hill and Robert Adamson and the pioneering Serpentine Gallery Photographers I and II. In a foretaste of the later role he commissioned eight pairs of photographers to work in eight cities to produce Two Views exhibitions. The photographers included Ian Berry, Chris Killip and Josef Koudelka.

Away from the Arts Council Lane acted between 1972 and 1977 as curator of the Francis Frith Collection which mainly consisted of British topographical photography from the 1850s. He was director of Photographic Collections Ltd between 1973 and 1977 where he supervised the production of limited edition portfolios of the work of H P Robinson from originals in the RPS Collection and, in 1975, Tony Ray-Jones who had died in 1972. The latter has become collectible in its own right.

It was Lane’s role as the Arts Council’s first, and only, photography officer between 1973 and 1991 where he made his greatest and most long lasting impact on British photography. One of his first acts was to establish a Photography Committee for the Arts Council’s Visual Arts Department in 1973. This was the first time that photography had been formally recognised as an independent medium and it came as British photography was developing rapidly with a new wave of photographers creating innovative work across a range of genres and new independent galleries such as London’s The Photographers’ Gallery (1971) and York’s Impressions Gallery (1972) showing photography. A new grant giving scheme was introduced and these galleries benefitted from newly available funding.

Lane was responsible for organising or commissioning a large number of exhibitions: Diane Arbus was shown in 1973 at the Hayward Gallery which also showed Pictorial Photography in Britain 1900-1920 (1978) and Neue Sachlichkeit: New Realism in German Photography of the 20s (1978) were notable. Historians such as Aaron Schaaf, Margaret Harker, David Mellor, Valerie Lloyd, and Ian Jeffrey were commissioned to produce exhibitions. In addition, a large number of Arts Council touring exhibitions were produced from Masterpiece Treasures from The Royal Photographic Society (1971), Modern British Photography 1919-1939 (1980) and retrospectives of photographers including Andre Kertesz, Alvin Langdon Coburn, Sir Benjamin Stone, Walter Evans, Paul Strand, Bill Brandt, Bert Hardy, George Rodger and many others which opened up photography to a public audience across the United Kingdom.

Lane also supported photographers directly and purchased over 2000 photographs for the Arts Council’s collection. He established and edited British Image a new series of Arts Council publications of contemporary photography with eight volumes appearing between 1975 and 1980. The biennial National Photography Conference was set up and continues to this day. The first national policy for Photography and Photography and Education (1987) was developed for the Arts Council.  Photographic education was something Lane was strongly committed to and he was an external examiner for a number of UK photography degree and postgraduate degree courses.

In 1991 Lane’s title was changed to Head of Photography recognising his role in developing strategy for the photography sector with a discussion document Photography, the Arts and Culture Industries for the National Arts and Media Strategy (1991), commissioning the Marchant Report on the National Network of Photography/New Media Centres (1994) and Creating Vision – Photography and the National Curriculum (1994). He remained  deeply involved in supporting independent photography through publishing and making funding decisions with reviews of the business plans and programmes of The Photographers’ Gallery, Creative Camera and Ten.8 magazines. The 1998 Year of Photography and Electronic Image which was awarded to Yorkshire and Humberside was conceived and organised by Lane.

Lane joined the Royal Photographic Society as secretary-general in April 1995 where he was responsible for the day-to-day management of the Society. His appointment came at a particularly challenging time with the Society’s National Centre of Photography struggling financially and its collection of historic photographs and equipment being seen by some as an unnecessary burden on the organisation. An interview with Lane soon after his arrival indicated that he saw the continued operation in Bath as unsustainable.

An Arts Council funded feasibility study was produced which recommended moving from Society’s premises and finding a partner to enable greater access to and use of the Collection. Lane was involved in exploring a number of options. The Society’s officers  decided to enter into negotiations with the then National Museum of Photography, Film and Television, now National Media Museum, The way this was managed was something that Lane strongly disagreed with and he left the Society in January 2002. The Collection, with the aid of a small grant from the Heritage Lottery Fund was ultimately sold to the Museum and the Society moved to smaller premises.

After the RPS he turned his energies to his boyhood love of archaeology and local history. Between 2002 and his death he was actively involved in developing and supporting a wide range of  regional and local activity. He was an early member of CHERT (Charterhouse Historic Environs Research Team) and founded the Westbury Society where he mixed practical exploration with academic research.

He also played an important part at the county and regional level, becoming Hon Secretary of  (SANHS) Somerset Archaeology and Natural History Society from 2006 to 2009 when the Society was creating a new constitution and organising its move from Taunton Castle. He served on the Society’s archaeology committee and administered its historic grant fund from 2002 to 2017 and was a trustee from 2003 to 2009. He chaired the Council of British Archaeology from 2008 to 2011 and was responsible for organising the national CBA conference in Cornwall during that time.

He was a committee member and newsletter editor of the Somerset Vernacular Buildings Research Group, undertaking detailed building and village surveys for them and private property history commissions as well. But his main interest from 2010 to 2016 was the Wells and Mendip Museum where he was Honorary Curator. In this role he took responsibility for reinvigorating the displays, creating new galleries, building a partnership with the City Archives and ensuring the Museum retained its registered status.

As well as these public roles he found time to research and write. As well as the commissioned house and property histories, he wrote both scholarly and engaging articles about such subjects as the mediaeval drainage of the Somerset levels, the meaning of the Somerset term ‘Old Auster’ and changes in the landscape resulting from the move from Celtic to Anglo Saxon Christianity. His final article, unfinished at his death, was on early church dedications to St Lawrence in Somerset. He was published in peer reviewed journals such as SANHS Proceedings and  Archaeology in the Severn Estuary.

In his local community he bought a Victorian cider press at a farm auction which has since become the centre of a community cider making and wassailing tradition. He also bought a field, planted a traditional Somerset cider orchard, and became part owner and trustee of a 7-acre area of woodland, managed for conservation purposes. He kept bees, taught local people how to do serious archaeology, led walks explaining the history of the landscape and collaborated with English Heritage  on their  2016 book on the landscape history of Mendip.

An extraordinarily generous man he completely lacked vanity, was unimpressed by status and gave freely of his time to whoever came to him with enthusiasm and a desire to do and learn.  He will be much missed by all the people he has supported and whose knowledge he has enriched.

He will be particularly missed by his wife, Sue Isherwood, his daughters from his first marriage to Judith, Thalia and Helena, his step daughter, Imogen, and four grandchildren.

• Details of Barry Lane's funeral can be found here.