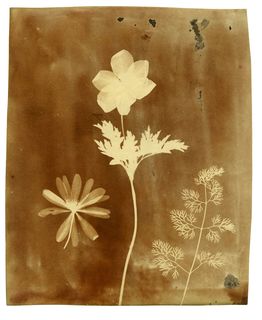 Oxford, 31 July 2013 -- The Bodleian’s appeal was launched in December 2012 with an initial deadline of the end of February 2013 to raise £2.2 million pounds needed for purchasing the Archive. A significant grant of £1.2 million from the National Heritage Memorial Fund (NHMF) late last year gave the appeal a vital boost. Thanks to the most recent gift from the Art Fund along with donations from numerous other private individuals and charitable trusts, the Bodleian has managed to secure almost £1.9 million towards the purchase of the Archive.

The Bodleian has successfully negotiated an extension to the fundraising deadline and must raise the remaining £375,000 needed to fully fund the acquisition by August 2014. The Bodleian continues to seek and welcomes any further contributions to help acquire the only significant Talbot collection remaining in private hands.

Gifts to support the appeal can be made at: https://www.giving.ox.ac.uk/page.aspx?pid=3427

Stephen Deuchar, Director of the Art Fund, said:  ‘We are delighted to be supporting the Bodleian Libraries’ aim to acquire a major archive of works by British inventor and photographer William Henry Fox Talbot.  This collection of material is of unparalleled importance in shedding light on both his life and his pioneering work. I urge everyone to support the final stage of the Bodleian's appeal.’

Richard Ovenden, Deputy to Bodley’s Librarian said: ‘We are extremely grateful for all donations which we have received so far, from the grants awarded by the Art Fund and the NHMF to all the individual donations. Every single one of them brings us closer to reaching our target of £2.25 million needed to acquire the Talbot archive which is an essential resource for scholars on the history of photography, the history of science, and a range of other disciplines.’ 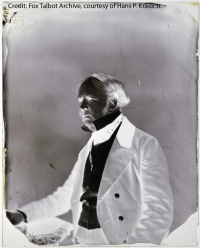 William Henry Fox Talbot (1800-1877) was one of the greatest polymaths of the Victorian age, and is most famous today for being the British ‘founder of photography’.  The archive contains great potential for fuller understanding of the breadth of Talbot’s scholarly activities, and of the influences exerted by the women in his family, in particular their educative roles, their shared interests in botany, languages, art, travel and history that are so central to Talbot’s work, and their roles as practitioners, supporters, and collectors of the new art.

Amongst the recipients of examples of Talbot’s earliest photographs were his aunt, Lady Mary Cole and his cousins, who lived at Penrice, near Swansea. Emma, the youngest of the cousins, was married to another of the South Wales gentry, John Dillwyn Llewelyn, and Talbot’s photographs quickly made their way to Penllergare, the home of the Dillwyn Llewelyns. Inspired by Talbot’s invention, Llewelyn became an early practitioner of the art of photography.

The Talbot Archive also includes artefacts such as glassware and artworks that Talbot photographed for the ground-breaking publication The Pencil of Nature, the first book illustrated with photographs. There is a strong connection to Oxford, as the archive includes some of the first pictures of the city.

Alongside items related to his pioneering work in photography, the archive also sheds valuable light on his family life, his role managing his estate at Lacock, his life as a Member of Parliament, and his range of intellectual interests from science to ancient languages.

The significance of the collection for various academic fields is reflected by the variety of well-known names who have lent their support to the Bodleian’s fundraising efforts to acquire the Fox Talbot archive:

The Bodleian Libraries have now until August 2014 to raise the remaining funds.  A series of public events is planned to support access to the Archive, including a major exhibition in 2017. Highlights from the Archive will also feature in the opening exhibition for the Weston Library, and in a number of smaller displays.

William Henry Fox Talbot (1800 – 1877) was a British humanist, scientist and inventor, best known for his invention of photography.  His 1839 announcement of the negative, which could produce multiple prints on paper, defined the central path for photography right down to the digital age. He became the first artist to be trained by photography. Talbot also made significant contributions to fields as diverse as Assyriology, astronomy, botany, electricity, etymology, mathematics, optics and politics. As a scientist, Talbot blended 18th century traditions of the amateur with 19th century concepts of progress and professionalisation. He was a Fellow of the Astronomical, Linnaean, and Royal societies; the latter gave him two gold medals, one for the invention of photography and one for mathematics. Talbot came from a family with strong diplomatic, social and royal connections and sat briefly as a Whig (reform) Member of Parliament. He sensitively guided his estate of Lacock Abbey in Wiltshire through the perils of the social uprisings in the 1830s and the expansion of the railways in the 1840s. Talbot published eight books and more than a hundred journal articles and was granted twelve patents. He was awarded an honorary Doctorate from Edinburgh University. Although personally shy, Henry Talbot was a brilliant figure who lived within a sphere of substantial influence.

About the Personal Archive of William Henry Fox Talbot

About the Art Fund

The Art Fund is the national fundraising charity for art, helping museums to buy and show great art for everyone. Over the past 5 years we’ve given over £26m to help museums and galleries acquire works of art for their collections and placed hundreds of gifts and bequests, from ancient sculpture and treasure hoards to Old Master paintings and contemporary commissions. We also help museums share their collections with wider audiences through supporting a range of tours and exhibitions, including the national tour of the Artist Rooms collection and the 2013-2014 tours of Grayson Perry’s tapestries The Vanity of Small Differences and Jeremy Deller’s English Magic, the British Council commission for the 2013 Venice Biennale. Our support for museums extends to the Art Guide app – the comprehensive guide to seeing art across the UK, promoting a network of over 650 museums and galleries throughout the country, and the £100,000 Art Fund Prize for Museum of the Year – an annual celebration of the best of UK museums, won in 2013 by William Morris Gallery in Walthamstow. We are independently funded, the majority of our income coming from over 100,000 members who, through the National Art Pass, enjoy free entry to over 220 museums, galleries and historic houses across the UK, as well as 50% off entry to major exhibitions.

Find out more about the Art Fund and the National Art Pass at www.artfund.org.