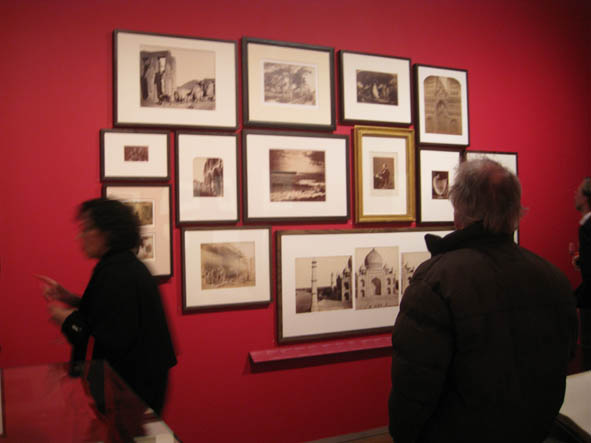 The gallery has been split into two with the far section showcasing prints from the nineteenth century and rehung as they were traditionally shown at the time (see photo, right) while the front of the gallery showed a selection of contemporary prints hung in the modern style. A number of photo books were also included in cases. The rehang was undertaken by Martin's curatorial colleagues, Marta Weiss, Susanna Brown and Ashley Givens.As Martin noted, it was a change for him to not be directly involved this year but to be able to come in see the work complete. The display runs until April 2010.

For the British national collection of art photography the gallery is far, far, smaller than it should be but in the limited space that they had available Martin and his colleagues have produced an interesting view of the V&A's collections, containing some historic and exciting contemporary photography. One hopes that strong attendances at the special, temporary, photography exhibitions being planned for next year and beyond, together with the likely opening of the National Media Museum's London presence a few minutes walk away, might focus the attention of the V&A's senior management on extending the space available for showing the permanent collection.

Also, on show in the museum's recent acquisitions gallery are a number of photographs and an impressive exhibition of photographs titled The Photographers' Pilgrimage: Exploring Buddhist Sites which shows nineteenth century photographs from the main buddhist centres from around the world (see photo below). 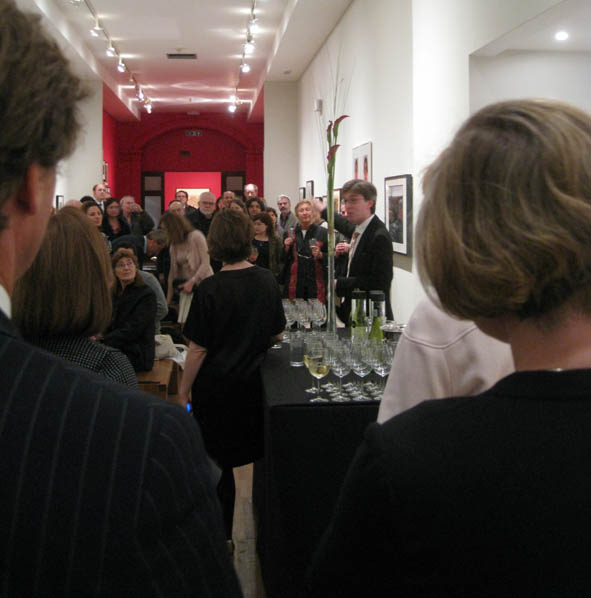 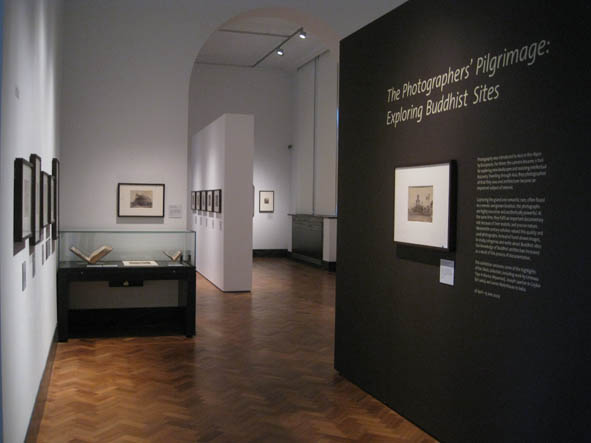