Hans Steiner: A Photographer in the Century 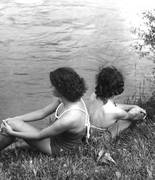 RSVP for Hans Steiner: A Photographer in the Century to add comments!