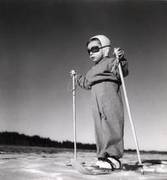 After Lausanne and Winterthour, the exhibition Hans Steiner produced by the Musée de l'Elysée is presented at the Médiathèque Valais Martigny.

RSVP for Hans Steiner - Diary of a Modern Life to add comments!