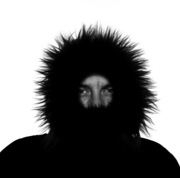 Birmingham-born photographer, Brian Griffin, is widely acknowledged as one of the most influential British image-makers of recent times. Over the last forty or so years Griffin has enjoyed a career encompassing commercial and fine art photography, film and audio-visual performance. This exhibition focuses on just one aspect of his diverse career: portraiture. It reveals some of the artistic influences on his work, some of the extraordinary people he encountered during his career and his constant efforts to push the boundaries of this traditional photographic genre.

The exhibition is accompanied by two further displays at nearby 1 Snow Hill. These present selected images from two exhibitions originally shown at the international photography festival Les Rencontres d'Arles in 2009. The Water People (2006) tells the mythic tale of an expedition across Iceland and Team Photo (2007) documents the people who built the high speed rail link to St Pancras.

RSVP for n Griffin, Face to Face, a retrospective to add comments!