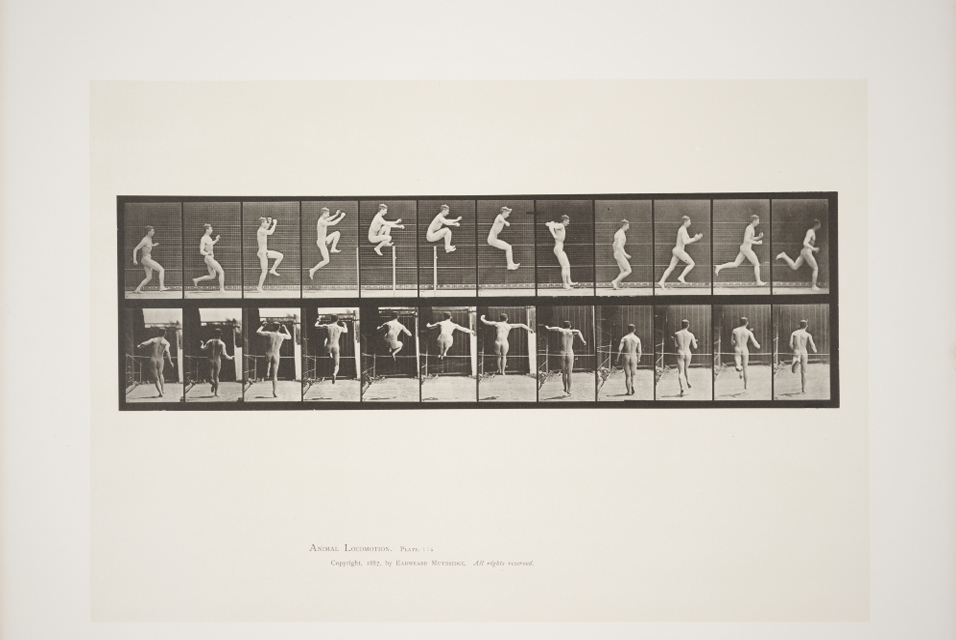 Walking + Falling presents the work of three notable artists who have utilized new media to explore and represent complex notions of time, movement and memory.

Eadweard Muybridge (1830-1904) was an English photographer whose sequential images of human and animal locomotion were the product of a groundbreaking scientific study and an artistic vision that evoked a lyrical sense of time and movement.

Chris Marker is a French filmmaker who is renowned for his work in a variety of photobased media. His 1962 film La Jetée is widely regarded as a compelling meditation on time and memory. Marker’s film occupies a liminal zone between photography and film, documentary and fiction, past and future, real and imagined, stillness and movement.

Based in San Francisco, artist Jim Campbell draws deeply on the history of photo-based imaging to produce what may be best described as a newly emerging post-photographic practice. Trained at MIT Labs in Boston, Campbell has created several new bodies of work that use computer software, electronic components and programming language to produce provocative images of contemporary life.