Further to my recent blog post - can anyone confirm the actual circumstances of the discovery of the Pattinson daguerreotypes?

This is the original text from the Newcastle University Library where the daguerreotypes were discovered:

Lost Treasure!.....", The American voice cried down the phone. By this time I was beginning to suspect that the contents of the tatty brown box marked "Daguerreotypes" may be a significant find.......

....I regained my composure and replied to the waiting caller, "So you think they're important?".
"Yes! We thought they had been lost forever, or destroyed. I hope you've got them locked somewhere safe....They could be very valuable and are very susceptible to damage particularly if they are out of their glass! They need to be treated by someone who is experienced in conserving daguerreotypes".
"Can you recommend where to have them conserved?"
"I'll conserve them for free just to see them.", came the reply that began a tale of international collaboration and helped me develop a keen interest in historical photographic processes.

The box had been brought to me a week earlier by Dr Lesley Gordon, Special Collections Librarian at the Robinson Library, University of Newcastle Upon Tyne. She had requested me to find out if the old photographs in the box could be conserved.

Dr Gordon had found the box on a shelf of miscellany in the Special Collections. They had been there since 1926 when the descendants of H. L. Pattinson gave them to the Library, along with an archive of 7,000 photographs of the Middle East, taken by Pattinson's great granddaughter, Gertrude Bell.

I am primarily a book conservator and knew nothing of daguerreotypes so I decided to send a message to a conservation discussion list on the Internet for advice.

Several replies came back, mainly suggesting that I contact Grant Romer at George Eastman House, International Museum of Film and Photography, Rochester, New York. This I did not need to do because in due course I received an E-mail signed "Grant Romer" asking me to describe in more detail the images I had in the box. (I later learned that this was Roger Watson another fanatical Daguerrian and Assistant to the Director of Conservation and Museum Studies at the Museum who was using Grant's E-mail.)

The description was sent, 10 plates in all measuring 6.5 X 8.5 inches (later I knew this to be the size for a "Full Plate Daguerreotype"), 2 were views of Rome signed "Lerebours" and the others were of Niagara Falls and signed "H. L. Pattinson, April 1840." They were in various states of disrepair, some had a good glass covering with ageing and peeling tape around its edges but others had broken glass and, most notably, a couple had no glass at all and the silver surface was so badly tarnished that there was no image to be seen. Only their label written by hand on the mask informed you of what had originally been

Many thanks Paul, both for your interest, and contribution.

An alternative interpretation of this has been made by Roger Watson, mentioned in the text, and now Curator of the Fox Talbot Museum. In a recent email Roger told me he “discovered the Pattinson daguerreotypes back in 1995”, reinforcing the claim made in his book Capturing the Light, publicised last year in BPH by Michael Pritchard.  Curiouser and curiouser. An authoritative opinion would be helpful here.

At this point I think it opportune to bring to the attention of BPH the sad news of the death of Graham Garrett. Well known as a dedicated researcher in Canadian photographic history, Graham amassed an enviable data bank on Daguerreotypes (A Biographical Index of Daguerreotypists in Canada, 1839-1871). In the Pattinson saga, he was something of an unsung hero; writing the first and only original piece on Pattinson and the making of the daguerreotypes. This was published as Canada's First Daguerrian Image in History of Photography, Summer 1996; the blink of an eye before the discovery of the actual images - at least according to the Newcastle University version of events. 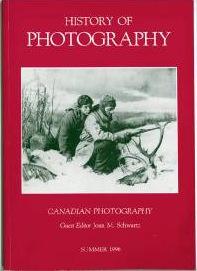 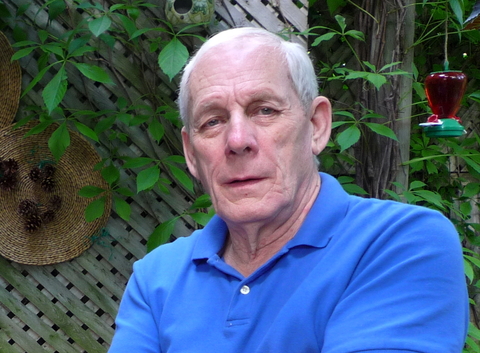 Graham was extraordinarily kind and generous to all who sought his assistance. Not only I but also George Eastman House and Roger Watson, to whom he lent material for the Pattinson exhibit at GEH, have much to be thankful for.