When did bellows material become synthetic?

I've just picked up yet another camera, a whole-plate from late 19th or early 20th century. There are no markings and it is similar to many whole and half plate cameras of the period.

The bellows appear in remarkably good condition. I'm trying to work out what material they are made of. It doesn't appear to be leather. I have a couple of Voigtländers from 1920s and they appear to be "synthetic" as well.

This set me thinking. So often I read of bellows being made of leather but I never come across it. I also remember reading somewhere that camera bellows was an early use of synthetic materials.

There may have been a phase in mid century when the cameras were still in use and original bellows were replaced - but this seems unlikely to me.

Is there any documentation about how bellows material changed through time? It would be interesting to have a timeline from a camera collection for reference.

Was bellows material mentioned in advertisements?

Early bellows were commonly finished in leather but cloth and paper were also used even as early as the wet-plate period.

Sometimes the leather was coated in shellac or similar which gives a very shiny synthetic look. Advertisements sometimes mention that leather was used to differentiate the camera from cheaper models using cloth and Russia leather always gets a mention. The shape of the folds or edges changes over time which may help in getting a date for the camera.

I renovated a couple of old American plate cameras from the late 1800s/early 1900s. The bellows were in places no more than dust. It was very difficult to tell what they were made of but I would agree with the “close-weave material” mentioned in “The Living Image” site (which you have probably already seen). I had previously been under the impression that bellows were leather but I think that may be a throwback to blacksmith bellows which needed to be robust. I also think that they were coated with varnish or shellac and the card stiffeners also appeared to have been varnished. The inner layer on the ones I worked on was also black fine weave material, not leather. The outer layers were red on mine.
The major problem is the thickness of the material. If it’s too thick it doesn’t fold sufficiently well and it cannot collapse into a reasonably sized container - portability was the deciding factor. The Victorians could bring leather down to sufficiently thin proportions so it was used - I was told by a bookbinder that it’s very difficult these days to find leather that is sufficiently fine as it’s a time-consuming and labour-intensive process. Bookbinders use reconstituted leather a lot nowadays - the sample I got was fine enough and would bend enough for binding a book but it was not supple enough for constant movement.It seemed to be drier than real leather.

There are bellows makers in Birmingham. I had a set made for a camera and they were beautiful. Again made from red close-weave material. I can’t answer your specific question on time lines and I suspect there might not be one. I think makers would have used what was available and cheap and some might have used material from the outset while other more expensive cameras would / might have used leather.

Making bellows is a very exact process. My first set took me ages! But it was very rewarding when the final fold was done and even more so to get an old mahogany and brass camera working again.

Thanks for your comments Rob & Gordon. The bellows on this camera appear to be working perfectly. I softened them up with Pledge furniture polish (was recommended before and seems to work). They look more leathery now. Remarkable after 100+ years really. I found some plate holders that fitted with only a minor tweak to the back of the camera. Here it is in use. 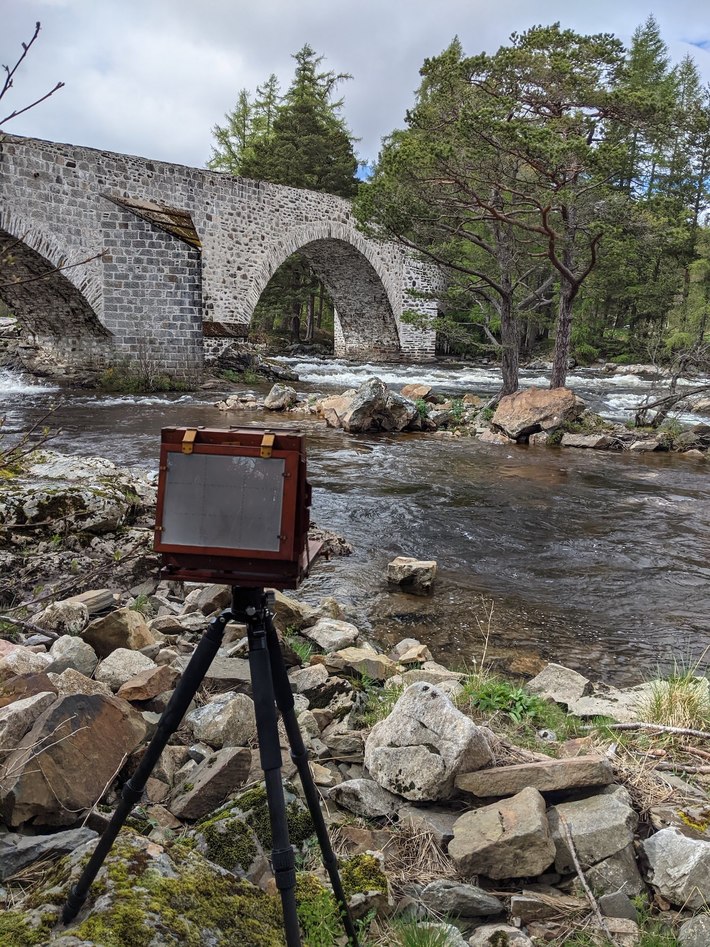 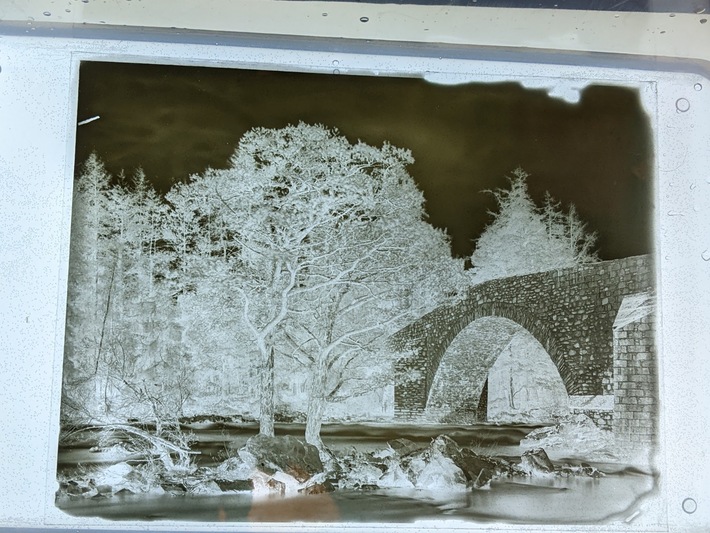