The National Media Museum in Bradford has purchased the historically important and unique photograph album, Miniature Edition of Mrs Cameron's Photographs From the Life, 1869 by the eminent British Victorian photographer Julia Margaret Cameron. This acquisition has been made possible through funding from the Heritage Lottery Fund (£10,000) and £5,000 from The Art Fund, the UK’s leading independent art charity. Exclusive details of the content and pictures are given… Continue

There's doesn't seem too be too much happening in the UK now other than the events already posted. One website which is worth taking a look at is http://special.st-andrews.ac.uk/saspecial/ which will take you to the University of St Andrews Photographic Archive. Lots of fascinating material from Sir David Brewster to Valentine and later material, too. Recommended!

Although not strictly history of photography, more the photography of history, English Heritage has identified almost 1,000 new archaeological sites along the North East coast, including ship wrecks, wartime defences and remains of medieval salt factories. A team of English Heritage-funded archaeologists examined thousands of aerial photographs of the coastline, stretching from the Scottish border to Whitby, and pieced together the most up-to-date record of the wealth of historical sites… Continue

British photographic history in the 1970s

I would draw readers attention to a one day conference on British photographic history in the 1970s being held on 14 March in Birmingham. Speakers include Colin Ford, Jane Fletcher, Paul Hill, Peter James, Carolyn Bloore and others and promises to be a fascinating day. Full details are in the 'Events' section.

Professor Stephen Brown is asking for feedback on the proposed title of a new MA photographic history course which launches at De Montfort University in October 2009. He writes..."We want to make sure the title conveys as accurately as possible what the course is about. So would you mind mailing me (sbrown@dmu.ac.uk) with a few words or a sentence summarising what this title means to you please? "MA Photographic
History and Practice".

Full details of the course which is being… Continue

http://antiquarianphotographer.blogspot.com/ IS MY WEB PAGE. HOPE YOU WILL VISIT.

I have been actively involved in the art and science of photography since was in elementary school. Study at the college and post degree level allowed me to teach and appreciate the many ways to appr…

I have been actively involved in the art and science of photography since was in elementary school. Study at the college and post degree level allowed me to teach and appreciate the many ways to approach the subject. My blog will discuss the first processes used to capture images and the men and women who used these processes. I will share my recent learning experiences in words and of course, pictures. By sharing my experiences, I hope to inspire you to go beyond just taking pictures and… Continue

The Polytechnic Institution in London plays an important part in the early history of photography being the place where Richard Beard established his daguerreotype portrait studio in 1841. This was Europe's first commercial photographic studio. The Institution was one of a number of commercial enterprises presenting science to… Continue

The winners of the 2009 And/or Book Awards, the UK’s leading prizes for books published in the fields of photography and the moving image, are to be announced on Thursday 23 April 2009. The awards ceremony will take place at the BFI Southbank, London, and is supported by the British Film Institute and Sight & Sound magazine.
Established in 1985, the And/or Book Awards seek to celebrate excellence in photography and moving image publishing. Two separate prizes are given for photography… Continue

The National Media Museum comes to Flickr™! The museum debuted in The Commons on the photo-sharing website recently, joining other world-renowned institutions in showcasing their collections.

There are some wonderful images on there as a starting point; a major showcase of Peter Henry Emerson's work in the late 19th century, some fascinating images from the first Kodak camera, the No.1, from the 1880s, and some hilarious, bizarre and… Continue

London's Tate Gallery is advertising a new curatorial position of Curator (Photography and International Art). The purpose of the job is to work on the acquisition and research of works for the Tate Collection. In addition you will contribute to the photography exhibition programme at Tate Britain and Tate Modern. The closing date for applications is 9 January 2009. The full job description can be seen here:… Continue

On Dec 1 2006 the National Museum of Photography, Film and Television became National Media Museum. The re-branding was undertaken by Thompson Brand Partners. Thompson has written more about the changes and the rationale behind them here. http://thompsonbrandpartners.com/agency/our-work/?casestudy=33&PHPSESSID=313e5bab2e307227eb200b5cb8accd89 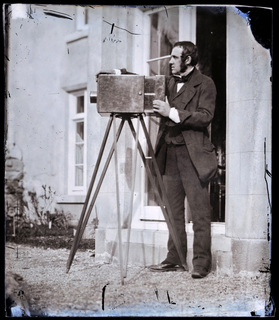