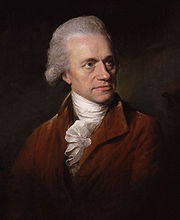 Although this is not strictly photography-related this may be of interest to the BPH readership... 2022 sees the two-hundredth anniversary of the death of William Herschel, a profoundly significant figure in the field of astronomy, but one who made his early living as a musician - as an oboist, violinist, harpsichordist, organist, composer, and impresario. After leaving a military band in his native Hanover for an unsuccessful two-year stint in London (1757-59), Herschel moved to the north of England (1760), where he composed his symphonies and many other works as an itinerant musician in Richmond, Newcastle, Sunderland, Durham, Pontefract, Doncaster, Leeds, and Halifax. In 1766 he accepted an invitation as organist at the new Octagon Chapel in Bath, where he became a mainstay of the musical scene for over fifteen years. In Bath he was joined by other musical family members including his sister Caroline, who assisted William first in musical and then in astronomical duties, ultimately becoming a distinguished astronomer in her own right.

Herschel's astronomical interests and construction of very high-quality telescopes, beginning in 1773, brought him to international and lasting fame when he discovered the planet now called Uranus in 1781. He came to the attention of King George III, who summoned him to Windsor and effectively ended the musical portion of his career, at age 43. For the rest of his life Herschel made numerous groundbreaking contributions: designing large telescopes; mapping the Milky Way system of stars and the Sun's motion in it; cataloguing and classifying thousands of star clusters, nebulae, variable stars, and double stars; proving the effectiveness of gravity outside the solar system; discovering several moons around Saturn and Uranus; discovering infrared radiation (from the Sun); postulating an evolving universe with stars and nebulae that are born, age, and die; estimating the age of the Universe; and arguing that all stars and planets are populated with intelligent beings.

Contemporary academia's separation of music and astronomy across the arts and sciences is something Herschel and other eighteenth-century thinkers would have found hard to understand, given both endeavours proceeded for them on mathematical principles. This symposium takes the bicentenary of his death as a cue to explore new aspects of Herschel's work as composer, instrumentalist, impresario, and astronomer in the intellectual, creative, and cultural contexts of his time. Our symposium will take a wide perspective on astronomy, music, and natural philosophy, including the Herschels' legacy in connections between science and art today.

Papers of 20 minutes are invited on, but are by no means restricted to, the following themes in his musical and astronomical careers:

*       Herschel, the Bath Philosophical Society, and the Royal Society

*       Herschel in the context of late eighteenth-century natural philosophy

The symposium will conclude with a public keynote lecture by Professor Tom McLeish FRS (University of York), a panel discussion on Herschel's legacies, and a concert of Herschel's music given as part of the York Festival of Ideas, 11-24 June 2022 (https://yorkfestivalofideas.com/). We are grateful for the support of the Festival in organising these bicentenary events. Further activities celebrating the ways science and music interconnect are planned for 2022, organised by the University of York's Sound, Voices, and Technology research network (SoVoT).

Fascinated to learn William Herschel was a noted musician and composer as well as famous for his optics.

What a creative gentleman?