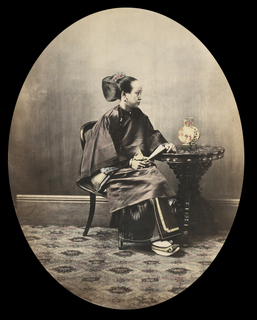 Life in Qing Dynasty Shanghai: The Photographs of William Saunders features a selection of over 35 original nineteenth-century albumen silver prints, most hand-tinted, by William Saunders from the Stephan Loewentheil Historical Photography of China Collection. This is the first exhibition devoted to Saunders’s work. 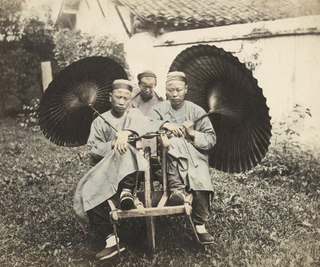 Saunders holds a distinguished place in the history of photography for the exceptional body of work he produced in Shanghai during the late Qing dynasty. For over a quarter of a century, Saunders operated Shanghai's leading photographic studio, adjacent to the Astor House Hotel, a centre of social activity on the Bund in the 19th century. Saunders made his photographs, some of the earliest of the city and its people, at a critical time in Chinese history, just as Shanghai was emerging as an international commercial city.  Saunders’s images are an unrivalled photographic resource for the study of life in late Qing dynasty Shanghai.

As part of the historical photography exhibition 'Life in Qing Dynasty Shanghai: The Photographs of William Saunders' the panel will discuss custodianship of 19th century photographs taken in China and Asia.

November 10 at 6pm -7:30pm
Traditions of Photography in China

As part of the historical photography exhibition 'Life in Qing Dynasty Shanghai: The Photographs of William Saunders', the panel will discuss early photographic studio practices and traditions of photography in China.