Rediscovered Terence Donovan photographs to be shown for the first time 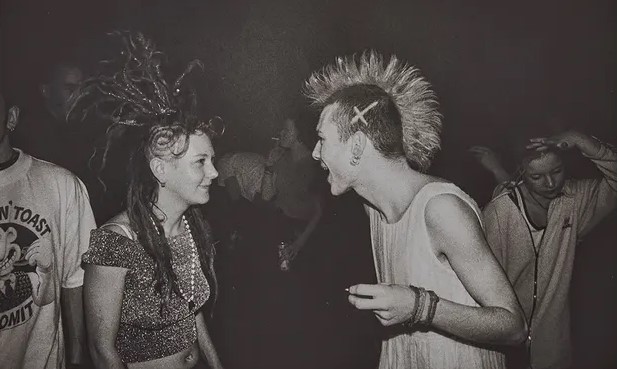 The Guardian newspaper has reported that long-lost photographs of Birmingham's 1990s rave club scene have been rediscovered after being hidden away for twenty-five years. The photographs were taken by Terence Donovan at the request of his son who was studying at Birmingham University and show the dance and rave club culture at the Que Club in January 1996. Donovan died in November that year.

Ten of the 65 shots will be shown at Birmingham Museum and Art Gallery in April.

Image: Club-goers at The Que in Birmingham in January 1996. Photograph: Terence Donovan Archive