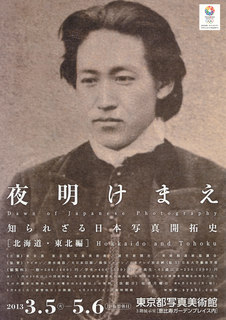 While this exhibit doesn't have a direct connection to British photography, many of the early Japanese photographers learned their craft from British and American photographers who came to Japan in the mid 19th century. Further, the English captioning for the exhibits was assisted by advice received here. Many thanks to all those who responded to my query on the actinometer.

One point of interest is that the exhibits presented were brought together thanks to a nationwide survey of photographic holdings at local museums, libraries and municipal centers. Questionnaires were sent to 2,384 institutions, 882 of which responded.

The show actually starts on March 5th not May 5th.  Several other important photo shows there as well.