Eastman No1 - A Story Of Steamer Passengers 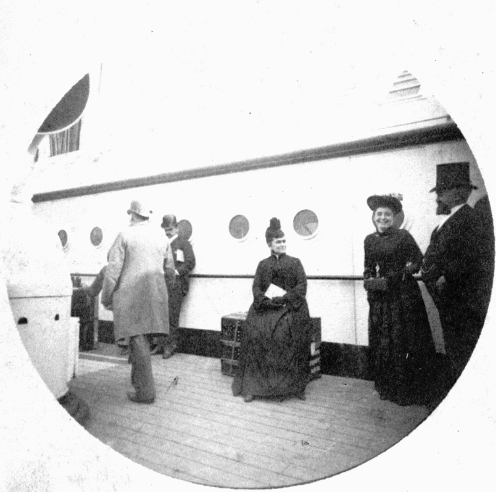 Above an image of an early Eastman No1 showing passengers congregating, taking the air on a steamer.
There are four passengers facing the camera: 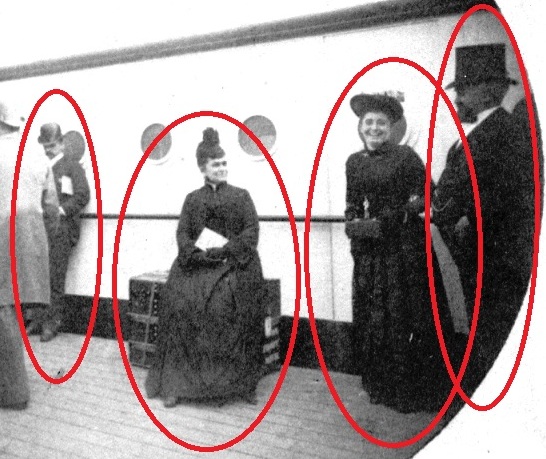 And they can be identified as the following: 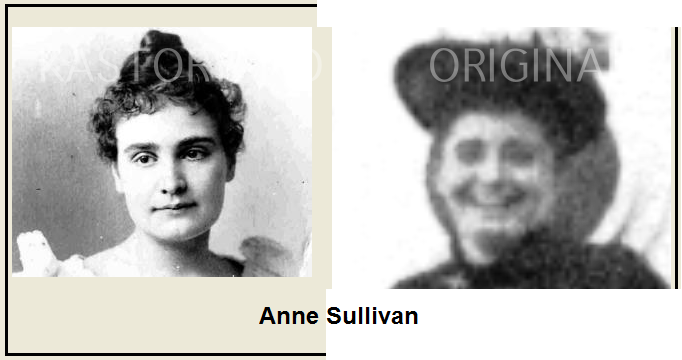 Above is a screen save from a film made in 1930 demonstrating Sullivans work with Helen Keller. 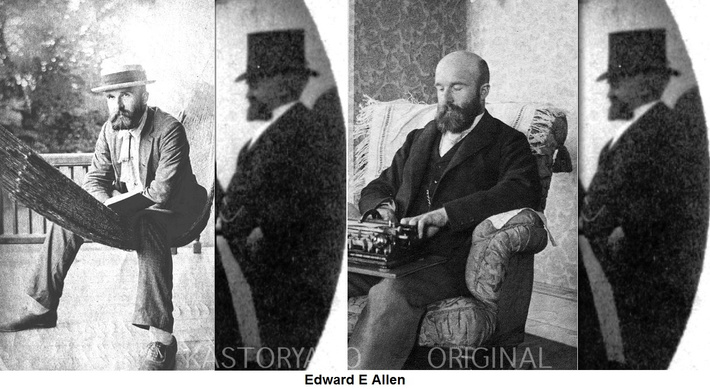 Edward E. Allen (1861-1950) born in Massachusetts. He attended a progressive and unconventional residential school founded by his uncle, Nathaniel Allen, where his father James taught. While teaching at the Royal Normal College for the Blind in London from 1885-1888 he discovered his true calling of teaching students who were blind. In 1888 Allen received an offer to teach and serve as headmaster at the Perkins School for the Blind. The artist Rhoda Holmes Nicholls seated on a steamer trunk with sketch book in hand. Rhoda was born in Coventry on March 28, 1854 and lived until September 7, 1930. She was an English-American watercolor and oil painter and studied art in England and Italy. Her work was viewed and praised at the time by the queens of both countries. 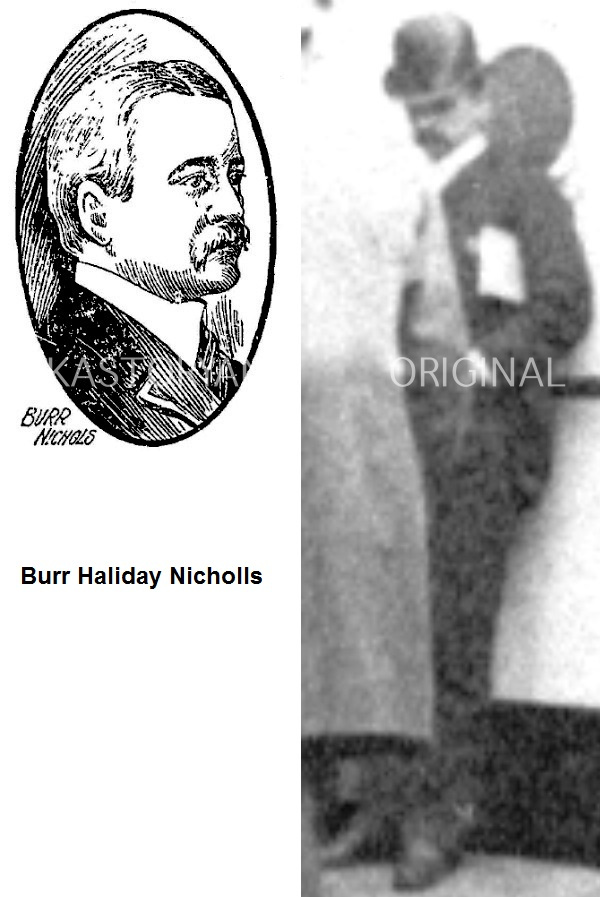 Burr H. Nicholls was born December 9, 1848 and lived until May 12 1915. Burr was an American painter who studied art with Carolus-Duran in Paris and first exhibited his work in London at Dudley Gallery.
Nicholls was married three times, but it was his marriage to his second wife, Rhoda Holmes Nicholls (See Above), that caused a media sensation across the United States. In 1897 both Burr and Rhoda Nicholls submitted paintings to the Paris Salon; Rhoda's was accepted with honorable mention but Burr's was rejected. This triggered a period of marital discontent followed by separation. Their divorce was finalized in 1906 and was reported in many American newspapers. Journalists warned women of the peril of pursuing vocations that put them in competition with their husbands.

This photograph clearly demonstrates the artistic rivalry between husband and wife as Burr stands away from his wife with his own artists sketch book tucked under his arm and with hat tipped offering us a certain nonchalant air. Perhaps a harbinger for what were then future events in future times.