Eastman No2 - John Arthur Roebuck Rudge - JAR to his friends Photograph of a gardener holding a hose and doffing to a seated young lady. Here is a man who likes to joke. 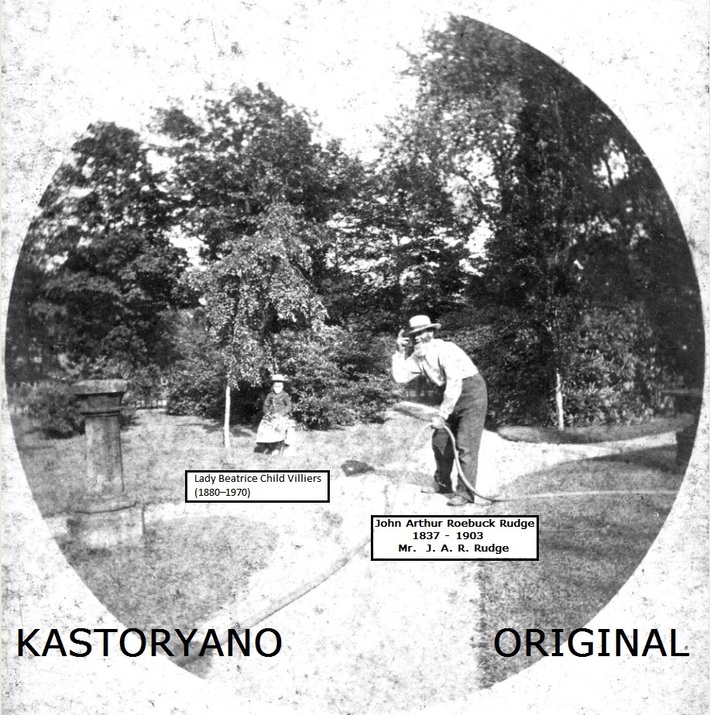 Mr. John Arthur Roebuck Rudge - JAR to his friends was a man with a heart and a sense of humour. His first 'film' if it can be called that showed a man finding his head.

The idea of film or animated pictures was truely mind blowing back in the day and back then the day was 1865. 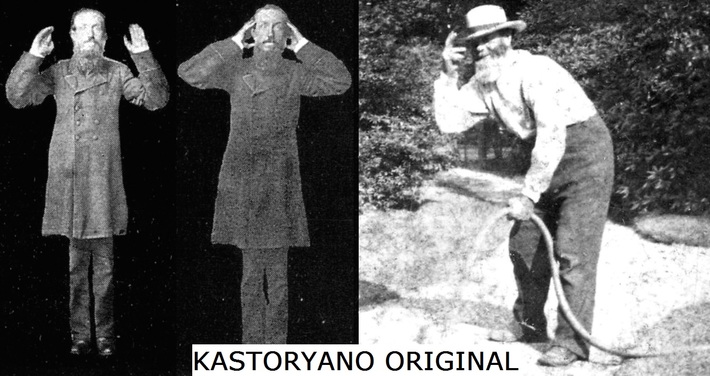 Here's a picture of the man whose just found his head and next the same man reminding us he still has not lost his head. He's even pointing to it. Well I never did. Quite shocking.

JAR was entitled to humour, his friends insisted upon it. Jokes about JAR were a Rudge mainstay. Mr Friese Green from an early age learnt all he could from Mr JAR and as fellow Bristolians they saw alot of each other. Their long and faithfull association is well documented. 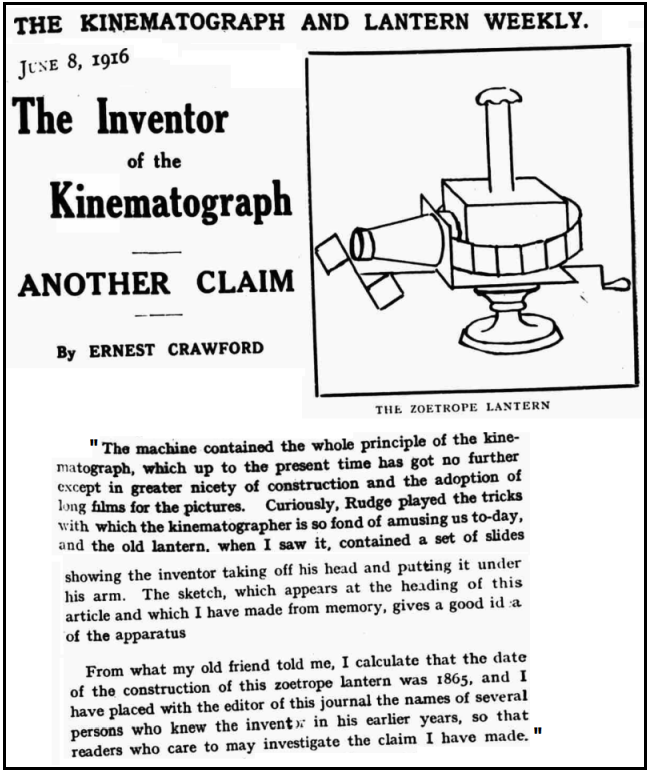 Crawford who wrote this article in 1916 points out Rudge's outrageous sense of humour. He plainly knew the man well. A short  while later Crawford ensured a stone was placed on the then unmarked grave of Rudge to remember the man and his great work. Crawford like Friese Greene always kept the faith. 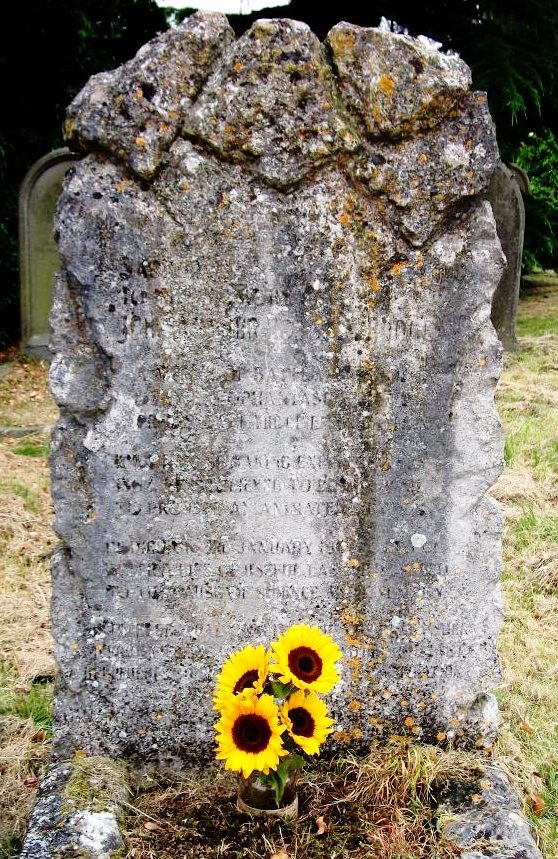 A bit like the JAR in this picture. Knock yourself out - in a Victorian kind of jesty, jokey, pun type way.

It should be noted the stoop Mr. Rudge adopts in the opening picture is not for entirely theatrical effect as Rudge had a lame leg.

Michael - Def up for that. Great Man Great Work

The photo is Googlable - from a blog -The Importance of Being Earnest (and Ernest) – Discover (brightonmu...

I visited a few years ago when some repairs were mooted (

made some conservation suggestions) and had no difficulty in finding the headstone. I can let you have details . . .