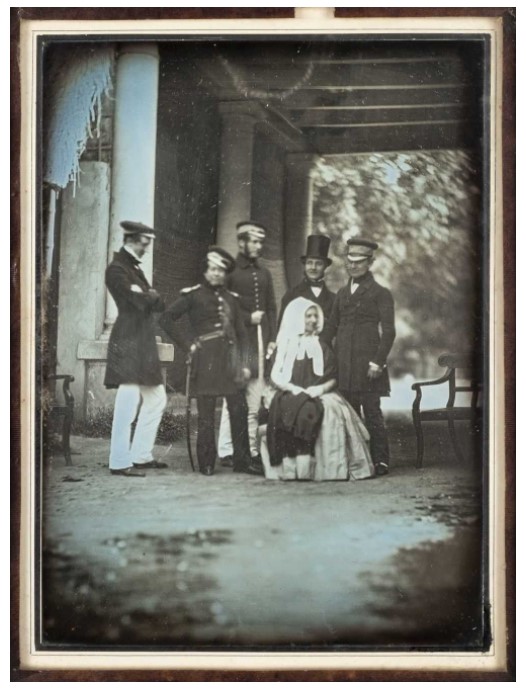 Due to new lockdown restrictions Dominic Winter’s photography auction set for 18th November is rescheduled for Wednesday 16th December with a revised viewing period from Monday 7th December (strictly by pre-booked appointment and subject to any revised COVID-19 restrictions). Meanwhile the catalogue is viewable online in various formats at the auctioneer’s website.

In a bumper sale of over 400 lots it is hard to pick one single special theme but the predominance of China and Japan material is irresistible. When a privately owned collection of 90 photographs of China, Formosa and Japan in the 1860s recently came to light there was understandable excitement. The distinctive hand of John Thomson was familiar and easily recognised and the knee-jerk reaction was that most of the other photographs would be found to be by Felice Beato. However, on closer study something much more intriguing transpired and as the name of Beato faded away so the somewhat surprising name of the lesser-known American photographer Charles Leander Weed took centre stage.

Charles Weed (1824-1903) is most famous for his pioneering mammoth-plate photographs of Yosemite but knowledge of his work from his two periods based in China (1860-61 & 1866-70) is far hazier. Weed photographed in Japan in 1867 during his second period out East and took photographs with both his mammoth-plate and stereoview cameras. Many of the photographs were published in an Oriental Scenery series in both formats by Thomas Houseworth of San Francisco in 1869. However, not only was Weed uncredited but neither series appears to have been successful and, as a result, only handfuls of these Weed photographs are known institutionally and privately today. The collection is offered in 50 lots and represents half of the photography lots with a Far Eastern theme. 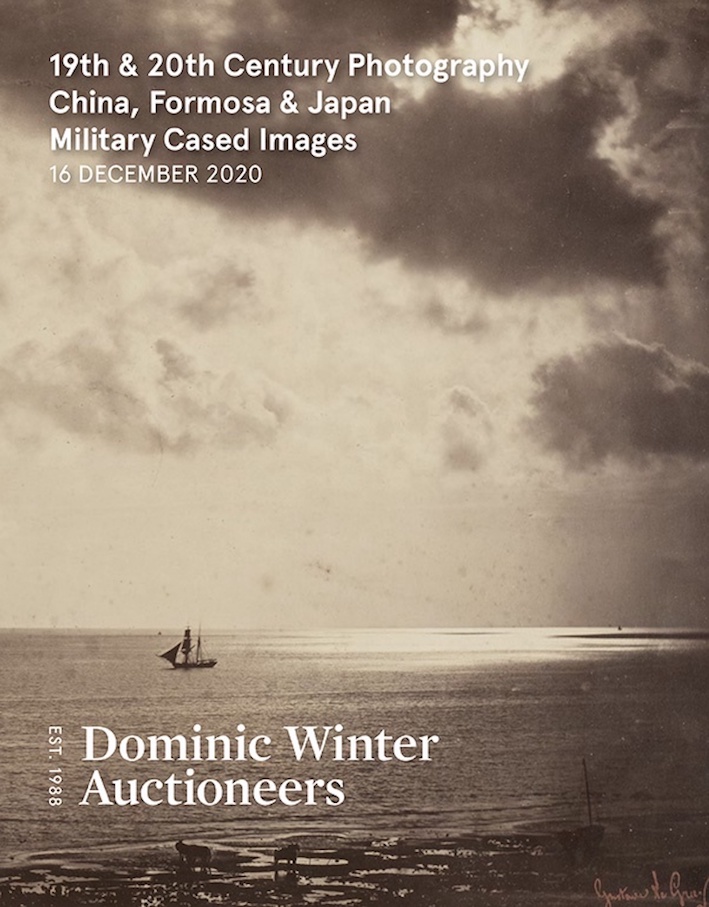 Military photography is especially well represented with nearly 100 lots, of which nearly a half are daguerreotypes and ambrotypes of British officers, from the collection of Jack Webb. Star of the section is a three-quarter-plate daguerreotype group portrait taken outdoors at Dum Dum Artillery Station, Calcutta, February 1847.

The 20th century material includes a never-before-seen collection of negatives of the Beatles taken by Lord Christopher Thynne in April 1964 during the filming of the Beatles’ first feature film A Hard Day's Night. Just back from their first American tour, the film was a rushed project to capture the Beatlemania fad before their 'five-minute' fame passed! Largely taken at Marylebone Station and in the Garrison Room and gardens at Les Ambassadeurs, London, the photographs also feature shots with co-star Wilfrid 'Steptoe' Brambell, schoolgirl Pattie Boyd (to become the wife of George Harrison) and inspired director Richard Lester. The collection is split into 11 lots with varied estimates, and the medium format and 35mm negatives come with full copyright.

The sale is rounded out with lots of cartes de visite, stereoviews, glass negatives and lantern slides, assorted albums and folders, individual prints, cameras and accessories.