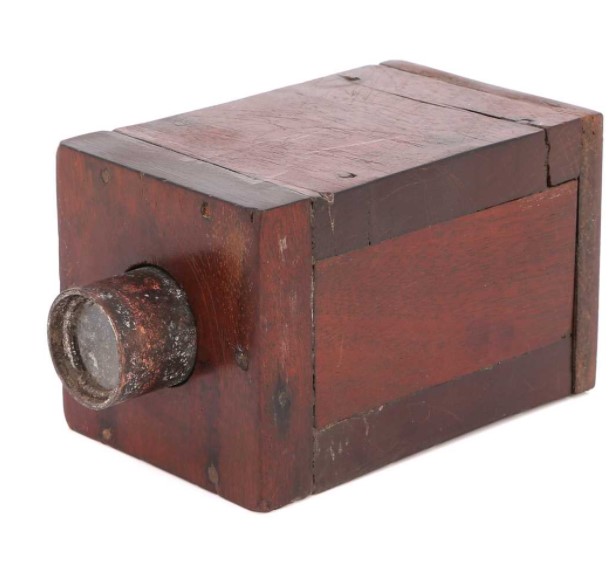 Flints Auctions is offering an early experimental camera, believed to be c.1840, with an estimate of £50,000-70,000. The camera is made from mahogany, with a simple back retained by a wedge and with a simple lens in a brass mount. The back carries a series of small pinholes, which were presumably from pins used to fix sensitised paper to it (see below) 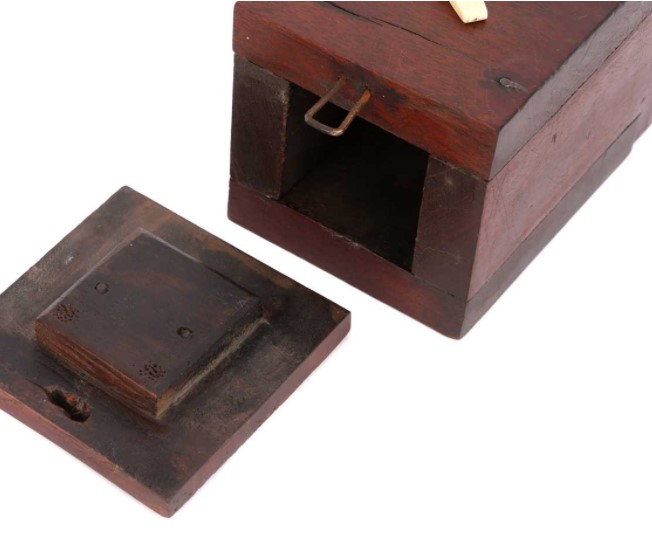 Although the camera comes with no provenance it has been inspected by Roger Watson, formerly curator at the Fox Talbot Museum, Lacock. Although the camera is described by the auctioneers as a 'mousestrap' camera Watson notes 'there is nothing to indicate that this example was made by or used by Talbot'.

The auction takes place on 19 November 2020 The camera (lot 452) can be seen here and the complete catalogue of Fine Photographica and Instruments of Science can be seen here.