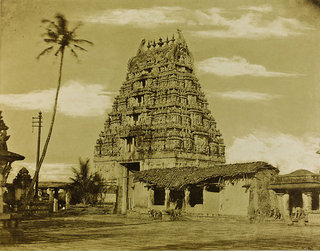 Sotheby’s in London will be auctioning off some of the earliest photographs ever taken in India, which have been out of public view for more than a century. The collection, part of the library of James Broun-Ramsay, 1st Marquess of Dalhousie, who was the seventh governor-general of India, consists of more than 220 images from India and Burma, taken by Linnaeus Tripe shortly before the first war of independence in 1857.

Mr. Tripe was born in Devonport on the southwest coast of England in 1822. He joined the East India Company in 1839 and shipped off soon after to serve with the 12th Madras native infantry. While he lived to 80, he only took photographs between 1853 and 1870. His first pictures were of ships and the harbor in Devonport, taken when he was back in England on leave in 1853.

Today, Mr. Tripe’s work is part of some of the most important collections in the world, including at the Victoria and Albert Museum in London, The Getty in Los Angeles and the San Francisco Museum of Modern Art.

This video was prepared by the Plymouth City Museum and Art Gallery for an exhibition of photography, and includes works by Linnaeus Tripe:

Negative to Positive from PCMAG on Vimeo.