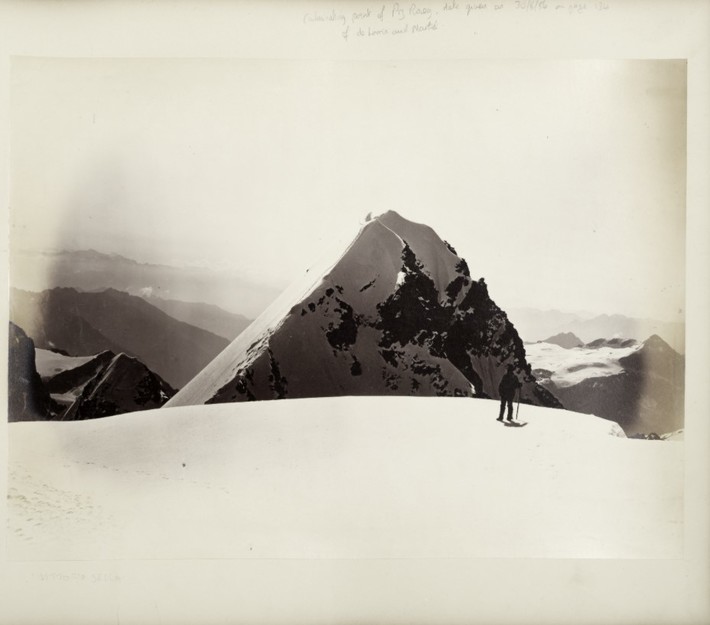 Bonhams' auction of Travel and Exploration on 10 February includes an album of mountaineering photographs by William F Donkin and Vittorio Sella, dating from the 1880s. It is estimated at £6000-8000. Donkin was a member of the Photographic Society from 1881 until his death in a mountaineering accident in 1888 and the Society's honorary secretary.

The catalogue entry notes: William Frederick Donkin died, aged 43, during a climbing expedition to the Caucasus in 1888. Fêted at the time of his premature death, with a retrospective exhibition of his work held at the instigation of the Alpine Club (of which he was honorary secretary from 1885-1888) and Photographic Society in 1889, Donkin has subsequently been overshadowed by the longer lived Sella. This is undoubtedly due to the lack of details known about his life (no entry on ODNB) and scarcity of his works. The current album includes many views attributed to him.

The album was originally with The Rucksack Society.