Blue plaque will celebrate the first moving pictures to be taken in East Anglia. 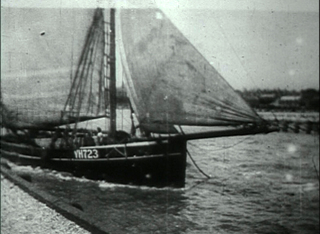 In the summer 1896 two strangers to Gorleston walked along the South Pier and set up a tripod mounted wooden camera and pointed it inland towards the harbour bend (see: https://youtu.be/ua2MStD2J00). By then the locals must have been used to seeing photographers like Alfred Yallop and James Liffen with their cumbersome mahogany and brass cameras recording scenes and events in the neighbourhood. But on this day in 1896 East Anglian photographic history was about to be made. The cameraman was Birt Acres or his assistant Arthur Melbourne Cooper and their camera was no ordinary camera as it took moving photographs. The camera had been made the previous year by engineer Robert W Paul. It’s possible that the very same camera had been used by Birt Acres to record the finish of the Epsom Derby in the summer of 1895.

Acres or Cooper shot the very first moving pictures to be taken in East Anglia. Their first subject was a paddle tug towing the fishing smack “Thrive” YH120 out of Great Yarmouth harbour. A second shot in the sequence shows the smack “I Will” YH 723 also leaving the harbour. YH120 was owned by William Buckle of 67 South Quay, Great Yarmouth and YH723 was owned by A Bland of 57 St George’s Road, Great Yarmouth. This film was one of twenty one films shown by Birt Acres on 21st July 1896 to the royal family. This was the day before Princess Maud married Prince Charles of Denmark. The audience enjoyed the performance so much that Acres was invited to film the wedding.

The Gorleston Pier film was shown to Yarmouth audiences at the Royal Aquarium in March 1897 as “introducing the Cinematograph with local pictures of fishing boats leaving Yarmouth Harbour.” This was one week after the very first presentation of “living photographs” in Yarmouth at the Liberal Club Assembly Rooms in the Market Place.

To celebrate this event Gorleston-on-Sea Heritage Group GOSH has invited Great Yarmouth’s Mayor Malcolm Bird to unveil a blue plaque on the lookout building at the end of the Gorleston Pier on Monday 17 October at 12 noon. The plaque will carry information so that tablet and smart phone users with access to the Internet can look at the archive footage while standing where Acres or Cooper stood over 120 years ago. Unlike most blue plaques that celebrate a person or a building this plaque celebrates a little known event that was an East Anglian and Gorleston first.

The archive cinematograph footage can be viewed on the East Anglian Film Archive web site http://www.eafa.org.uk/catalogue/1410 or on the British Film Institute’s  YouTube pages https://www.youtube.com/watch?v=ua2MStD2J00 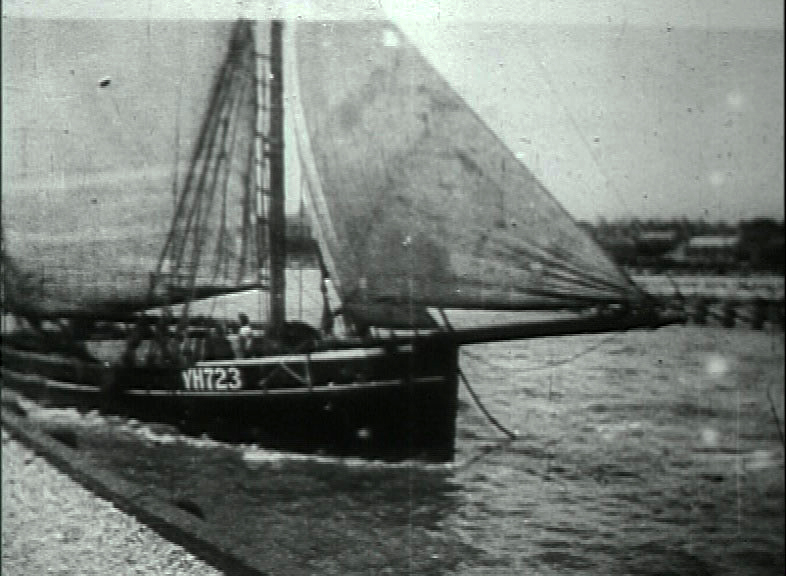