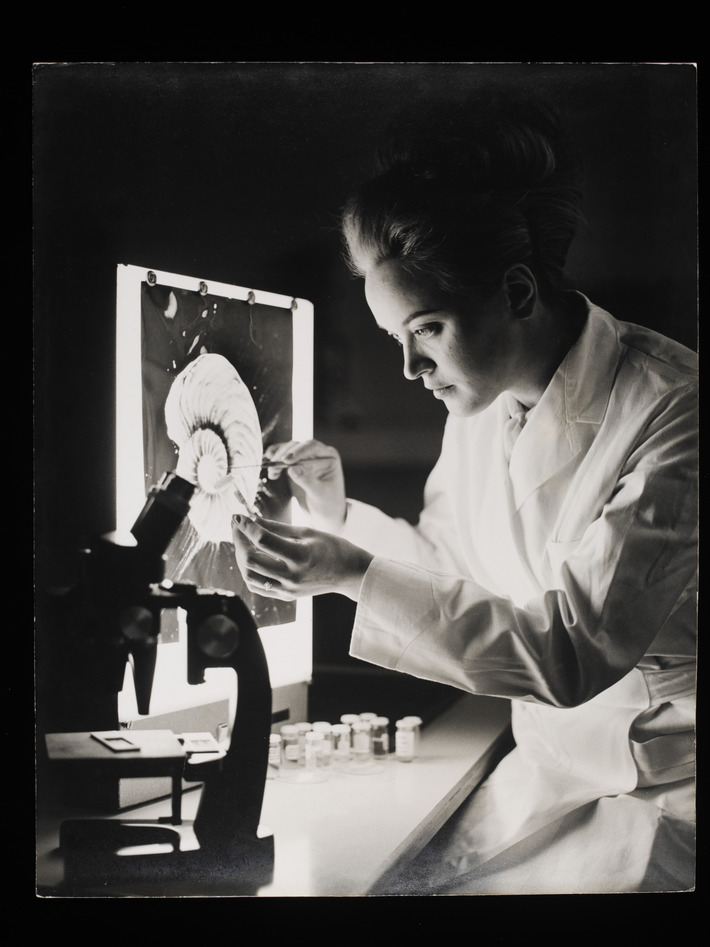 The V&A Photography Centre has been entirely rehung with two new photography displays. Maurice Broomfield: Industrial Sublime presents the late photographer’s dramatic photographs of mid-century British and foreign industry, and Known and Strange: Photographs from the Collection highlight photography’s power to transform the familiar into the unfamiliar, and the ordinary into the extraordinary.

Maurice Broomfield: Industrial Sublime showcases the late photographer’s dramatic photographs of mid-century British and foreign industry, capturing factories and their workers in an era of rapid transition. Born to a working-class family near Derby, Maurice Broomfield (1916-2010) worked at the city’s Rolls Royce factory after leaving school at the age of fifteen. He attended Derby Art College in the evenings, then worked in advertising before earning a position as Britain’s premier industrial photographer throughout the 1950s and 60s.

The display features over 40 original exhibition prints, drawn from Broomfield’s extensive archive housed at the V&A. These are shown alongside a selection of Broomfield’s cameras – lent from the private collection of his son, the renowned documentary film maker Nick Broomfield – as well as other contextual items which have never been exhibited before, including historic film footage, audio recordings, press cuttings, contact prints, negatives, trade publications and pages from works order books, shining a light onto the photographer’s working processes. 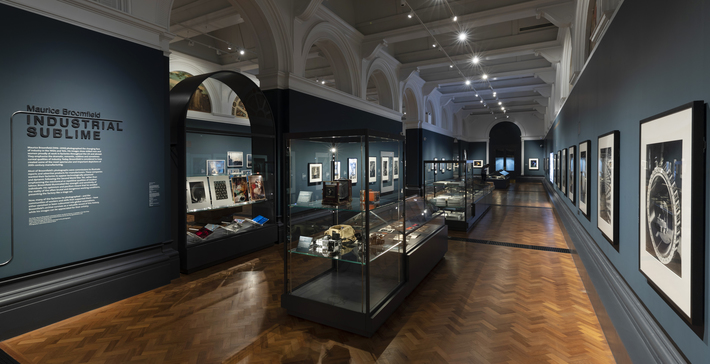 Most of Broomfield’s photographs were originally commissioned for publication in company reports, but he also selected and printed some of them at large scale for inclusion in photography exhibitions. From shipyards to papermills, textiles to food production, and atomic power stations to car manufacture, Broomfield emphasised the dramatic, romantic, sublime and sometimes surreal qualities of industry. Today, many of the factories he photographed – and the communities of workers and skills that supported them – have either vanished or been subsumed into global corporations.

His archive, containing over 30,000 images, comprising negatives, contact prints, exhibition prints, press cuttings, business records, and promotional materials, survives as a valuable record of this history, while his images can be appreciated for their artistry. Highlights include his spectacular image of a half million-volt charge on ceramic insulators for Royal Doulton potteries; a surreal scene of a woman inspecting the assembly of a generator for the English Electric Company; blast furnaces and fettlers at the Ford car factory at Dagenham; and the high-tech lighting laboratory at Phillips in the Netherlands. Broomfield’s photographs remain relevant today, prompting questions about digital technologies replacing manual labour, the UK entering an uncertain economic future in relation to the rest of the world, and the toxic social and environmental legacy of industry.

To accompany the display, the V&A has published a new book on Maurice Broomfield, written by V&A Senior Curator Martin Barnes and with a foreword by Nick Broomfield. Barnes discusses the life and work of Maurice, whom he came to know well as he worked to transfer his archive from his Hampshire home to the museum.