The Dillwyn Llewelyn/Story-Maskelyne photographic archive is a significant addition to the Library’s collection and enhances and supports the 2006 donation of Talbot material by Petronella and Janet Burnett-Brown and other members of the Talbot Family Trust. The British Library has further enhanced its position as the leading centre for material relating to Talbot and his circle of early photographers. 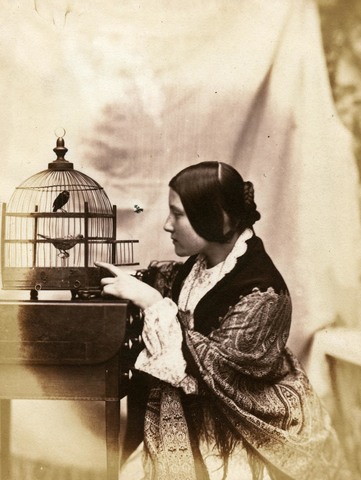 John Dillwyn Llewelyn (1810-1882) initiated his first photographic experiments -- prompted by news of the activities of William Henry Fox Talbot (a cousin by marriage) -- at his house at Penlle’r-gaer (usually spelled Penllergare by the family), near Swansea, in February 1839, and daguerreotypes of his family and house survive from as early as the following year. He claimed (in a letter to Fox Talbot) to have been familiar with all the known photographic processes, and in 1856 announced his own innovation, the oxymel process, ‘a mixture of honey and vinegar, whereby the collodion plates of the period could be prepared some time before use and developed when the photographer returned home’ (ODNB). He was on the first council of the London Photographic Society, and was awarded a silver medal of honour at the Paris Universal Exhibition of 1855 for his instantaneous photographs.

The photograph albums in the archive not only provide an important, family collection of some of Dillwyn Llewelyn’s best-known images, but also demonstrate the extent to which the whole Dillwyn Llewelyn family and its wider offshoots participated in the experiments, either as subjects or as photographers: amongst the identified images are photographs by his sister, Mary Dillwyn, his son-in-law, the mineralogist Nevil Story-Maskelyne (grandson of the astronomer royal, whose photographs often depict the family house at Basset Down, Wiltshire), and at least three of his children. 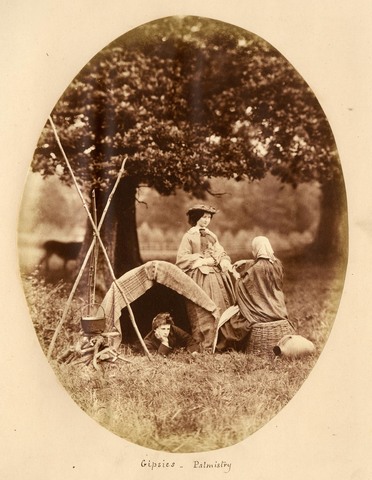 Dillwyn Llewelyn’s daughter, Thereza Story-Maskelyne, was closely involved with his photographic activities, and was also an active amateur astronomer – both activities highly unusual for a woman of the period; she combined both fields in the pioneering telescopic photographs of the moon which she took with her father in the mid-1850s. Thereza’s memoirs and journals in the present archive are a rich source of information on her scientific career, and include not only an important series of photographic prints, but also her own watercolours of comets and other phenomena from the 1850s onwards.

The acquisition builds on an important earlier gift to the British Library of the work of Nevil Story-Maskelyne (1823-1911), which included paper negatives, salted paper and albumen prints, collodion on mica negatives and research papers on early photography. The additional material now acquired – which includes a series of Story-Maskelyne’s wet collodion negatives, as well as prints and other papers – brings together the largest surviving archive of the work of an important- if undeservedly little-known - photographer. The journals of his wife Thereza contain many references to the photographic practises of the Llewelyn and Story-Maskelyne families and will form a rich primary resource for the study of this formative period of British photography.