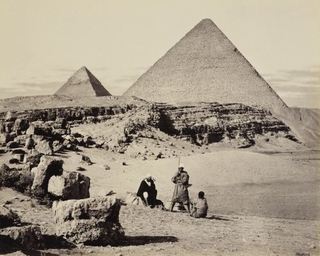 The tour took the Prince to Egypt, Palestine and the Holy Land, Syria, Lebanon, Turkey and Greece. He met rulers, politicians and other notable figures, and travelled in a manner unassociated with royalty – by horse and camping out in tents. On the royal party’s return to England, Francis Bedford’s work was displayed in what was described as ‘the most important photographic exhibition that has hitherto been placed before the public’.