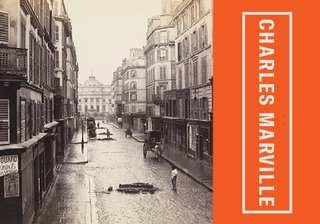 Widely acknowledged as one of the most talented photographers of the nineteenth century, Charles Marville (French, 1813–1879) was commissioned by the city of Paris to document both the picturesque, medieval streets of old Paris and the broad boulevards and grand public structures that Baron Georges-Eugène Haussmann built in their place for Emperor Napoleon III. This exhibition presents a selection of around one hundred of his photographs.

Marville achieved moderate success as an illustrator of books and magazines early in his career. It was not until 1850 that he shifted course and took up photography—a medium that had been introduced just eleven years earlier. His poetic urban views, detailed architectural studies, and picturesque landscapes quickly garnered praise. Although he made photographs throughout France, Germany, and Italy, it was his native city—especially its monuments, churches, bridges, and gardens—that provided the artist with his greatest and most enduring source of inspiration.

Concurrent with Charles Marville: Photographer of Paris, a related installation in the adjacent Howard Gilman Gallery will be on view at the Metropolitan Museum. Paris as Muse: Photography, 1840s–1930s (January 29–May 4, 2014) celebrates the first one hundred years of photography in Paris and features some forty photographs, all drawn from the Museum's collection. The installation focuses primarily on architectural views, street scenes, and interiors. It explores the physical shape and texture of Paris and how artists have found poetic ways to record through the camera its essential qualities.

Details of both these exhibition at the Metropolitan Museum of Art until 4th May 2014, can be found here.