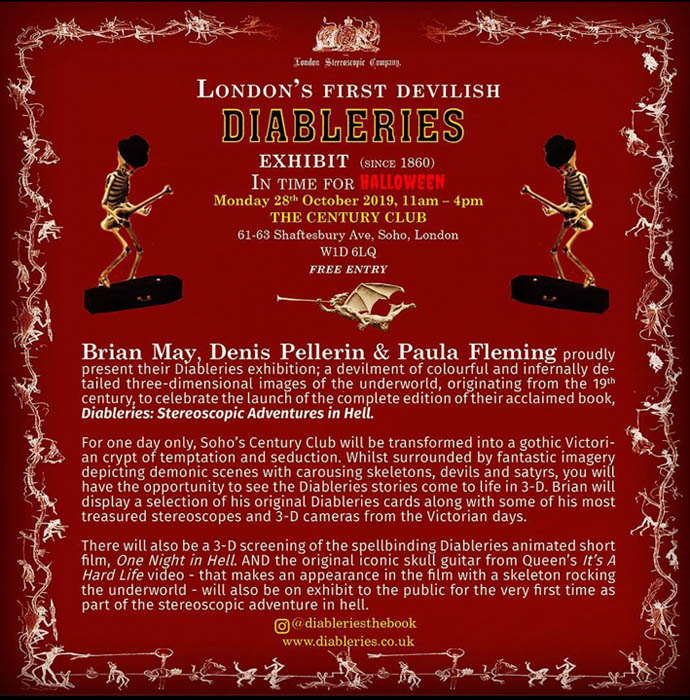 For one day only Soho's Century Club will be transformed in to a gothic Victorian crypt of temptation and seduction. Whilst surrounded by fantastic imagery depicting demonic scenes with carousing skeletons, devils and satyrs you will have the opportunity to see the Diableries stories come to life in 3D. Dr May will display a selection of his original stereocards alongside some of his  most treasured stereoscopes and Victorian stereoscopic cameras.

There will be a 3D screening of the spelling animated 3D short film One Night in Hell.  The original iconic skull guitar from Queen's It's a Hard Life video - that makes an appearance in the film with a skeleton rocking the underworld - will also be on display for the first time.

Find out more at: www.diableries.co.uk