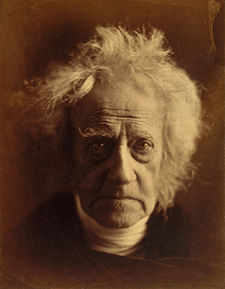 In a recent recording of the ever popular BBC series of 'Flog It!' at Henley Town Hall, the stand-out item of the day was a photograph of scientist and astronomer Sir John Herschel taken by Julia Margaret Cameron, one of the preeminent photographers of the 19th century.  Researchers are to investigate the history of the photograph, which could fetch thousands when it is flogged off at Cameo Auctioneers, near Reading, next month!

Staying with Herschel, The Harry Ransom Centre, a humanities research library and museum at The University of Texas at Austin, has also recently announced that it has received a $10,000 grant from the Friends of the Center for History of Physics at the American Institute of Physics to rehouse and rearrange its holdings of the Herschel family papers and to create an online finding aid.

The Herschel family papers, acquired in 1960 with subsequent smaller accessions of additional materials, largely represent the life and work of Sir John F. W. Herschel (1792-1871), the English mathematician, astronomer, chemist and experimental photographer/inventor. John Herschel has been called Britain's first modern physical scientist, and his correspondence has been noted as one of the most valuable archives for 19th-century science.

The one-year project will allow the Center to arrange and describe the papers according to current archival practices and enhance access to the materials. The papers will be re-housed to better protect and preserve the materials long-term. The creation of an online finding aid will raise awareness and enhance access to the papers and represents the first complete and searchable description of the collection, making it readily available to users.

The Ransom Center's collection of the Herschels is exceeded in size only by the collection at the Royal Society in London.

Both news reports can be found here and here.

Must be a little gremlin somewhere in the works .....

Hmn - there seems to be an electronic censor in action, Michael! I don't know how my comment came to disappear and I don't have a copy, so this is from memory:

The report above seems to omit mention of the most important Herschel items in the HRC collections from our photohistorical viewpoint: Sir John Herschel's handwritten 'Experimental Memoranda' are in the HRC Manuscript Library and span the vital years of 1841-45, containing details of his inventions of argentotype, cyanotype, chrysotype and celaenotype. These details are missing from his experimental notebooks in the Science Museum Library. The 43 specimens of these processes that Herschel sent to the Royal Society in 1842 illustrating his great paper in the Transactions of that year, were acquired by Gernsheim, and are now curated by the Photographic Department of the HRC. I spent an absorbing month there in 1999 studying these MSs and prints for my book Gold in Photography.

Comment by Michael Wong on February 12, 2011 at 17:21
Mike (Ware) - I don't know what happened to your comment? Could you post it again as it seemed to have disappeared from the blog and it contained some pretty useful information? Thanks!

Comment by Michael Wong on February 12, 2011 at 17:18
Thanks always for your input and insight on this, Mike. Will post on BPH once I hear more about when the online facility will come live. It can only be a good thing for all photohistorians!