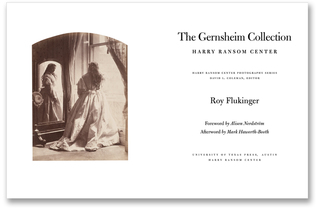 The Gernsheim Collection, published by the University of Texas Press, written by Roy Flukinger and designed by Pentagram, won the Fred Whitehead Award for Best Book Design at the Texas Institute of Letters 75th anniversary awards ceremony last Saturday.

The Gernsheim Collection housed at the Harry Ransom Center on the campus of the University of Texas in Austin, is one of the most important photography collections in the world. Amassed by the renowned husband-and-wife team of Helmut and Alison Gernsheim between 1945 and 1963, it contains an unparalleled range of images, including the world’s earliest-known photograph, made by Joseph Nicéphore Niépce in 1826. Its encyclopedic scope—as well as the expertise and taste with which the Gernsheims built the collection—makes the Gernsheim Collection one of the world’s premier resources for the study and appreciation of the development of photography. 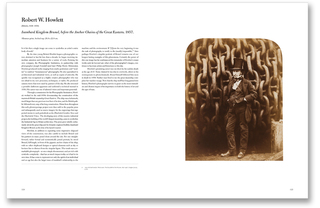 Each photograph in the book is accompanied by an extensive annotation in which Roy Flukinger, Senior Research Curator at the Harry Ransom Center, describes the photograph’s place in the evolution of photography and also within the Gernsheim Collection itself. In a scholarly introduction Flukinger traces the Gernsheim’s passionate and colorful careers as collectors and pioneering historians of photography, showing how their untiring efforts significantly contributed to the acceptance of photography as a fine art form and as a field worthy of intellectual inquiry.

If you like to own a copy of this Award-winning book yourself as reference, just search for it on the Amazon link on the right.