Information request: Identify the persons from the Cambridge group photograph 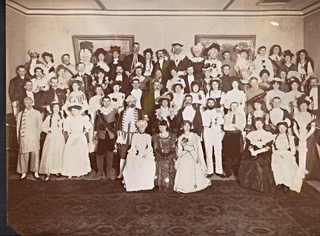 Curious item was bought at some auction - a card tube (about an inch in diameter) sent on August 1907 from Cambridge photographers Messrs. Stearn to a Leeds address (image 1). The tube contained a rolled document that appeared to be photograph. It was saved by careful wetting and it showed a group of fancy dressed persons. They seem an opera or theatre actors (image 2). The question is - can they be identified as a group and (at least some of them) as individuals ? Where could I turn for possible more information ? 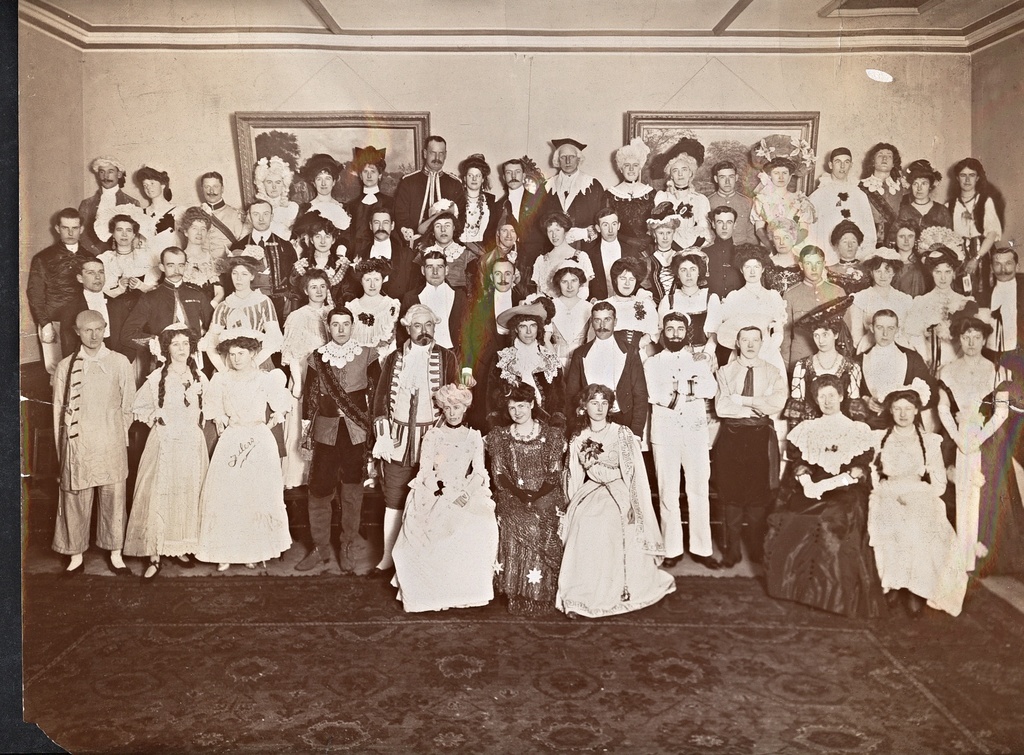 Someone familiar with the colleges might be able to identify which college this was taken in (from the paintings, carpet, ceiling etc). The relevant college librarian would then be able to consult the college archive for programmes etc. of events that took place in that college in 1907. It might have been a stage production as you suggested, but it could also have been a fancy dress ball. An event during May Week seems likely.

You could try contacting Mike Petty, a Cambridge expert on local history.  He has written for many years on the subject in the Cambridge News and has amassed an extensive collection of information:

I suggest looking for the addressee first. Using Google, I found the following reference in a Register of Graduates of the University of Manchester up to 1 July 1908:
Brown (initials unknown), M.B., Ch.B., 1901. General Practitioner. Medical Officer to Post Office, Roundhay, 1904. Vernon House, Roundhay, Leeds

Then I looked in the 1911 Census and found the following living at Vernon House, Roundhay, Leeds:

Referring back to the 1891 Census, I found this family, which then included a son:
Hubert H BROWN, aged 5

He was born 28 Nov 1886 in Leeds and baptished Hubert Horan Brown. He married Doris A W Barber at Knaresboro in 1920, and went to India as a Captain in the Indian medical Service with wife and 4 yr-old daughter in 1925. He died in 1993 in Exmouth, Devon.

So .... Mr Hubert Horan Brown graduated from Cambridge, Gonville and Cains Coll. and Leeds with B.A. (Hons) in 1907, which appears to be the time that this photograph was taken. I suggest that this is where you should start looking for the subjects of this photograph. Perhaps you can contact the college?