Just after World War 2 the UK Developing and Printing (Photofinishing) trade was still mainly printing amateur snapshots by contact methods. But by the mid 1950s automatic projection printers had been developed and the so called “enprint” was born. At this time, in the UK, Kodak Limited had brought out their Velox Projection Printer and Ilford Limited were marketing the Kenprinter that was manufactured by a subsidiary company, Kennington and Bourlet Limited of Brentford, Middlesex. The Kenprinter and the VPP were both enlarging projection printers and used a soft grade of paper three and a half inches wide in rolls of up to 500 feet. Exposure was automatically controlled by a photocell and associated electronics.

The Kenprinter was patented by it’s inventor Arnold Reginald Kennington in the mid 1950s.

The Science Museum Group have an example of a Kodak VPP in their collection but do not seem to have a Kenprinter. Internet searches also suggest that no other museum has one.

I have recently discovered with an Internet search an export version of a Kenprinter that is presently for sale by a Danish building materials reclamation company.

The machine may not be complete but from photographs posted on the Internet it only appears to lack the removable legs, the foot pedal and the paper pressure plate. It does have all three lenses (these were usually made by Dallmeyer) and a selection of negative carriers. I wonder if any Photographic, Scientific or Technology Museum, or any individual with storage space, could get involved in acquiring this very rare piece of British photographic history?

The Kenprinter was in use by many D&P companies across the UK and I can recall over five different photographic businesses using them in the Great Yarmouth area in the 1960s. Several years ago I built a web site about Ilford’s D&P equipment, there is more information about the Kenprinter on this site.

The Kenprinter illustrated here is the even rarer 600 model that produced prints up to whole plate size. 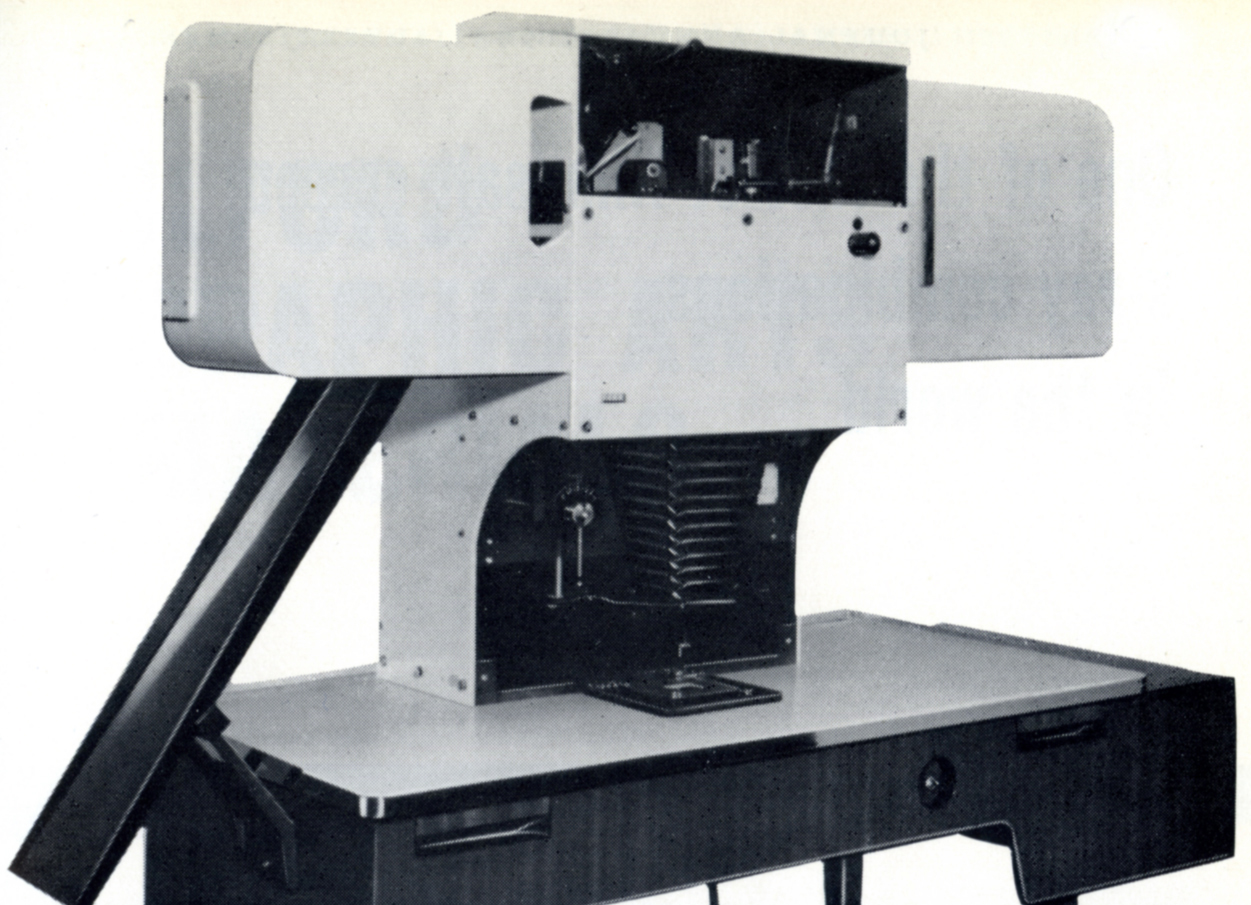